A coroner has criticised the University of Exeter for failing to respond to a student’s ‘cry for help’ weeks before he took his own life after failing some of his exams and struggling with isolation during the pandemic.

Harry Armstrong Evans, 21, a third-year physics and astrophysics student, died in June 2021 from asphyxiation at his home in Launceston, Cornwall.

Assistant Cornwall coroner Guy Davies said there was a ‘total absence of personal engagement’ from the university towards Mr Armstrong Evans and there had been a ‘catalogue of missed opportunities along with system failures’.

Less than a month before he died, Mr Armstrong Evans emailed his tutor and the wellbeing service detailing his isolation during lockdown and his declining mental health, which he said had affected his exam performance.

Mr Davies described this as a ‘cry for help’ but said it did not lead to any direct engagement between the university and Mr Armstrong Evans, or his parents Rupert and Alice Armstrong Evans. 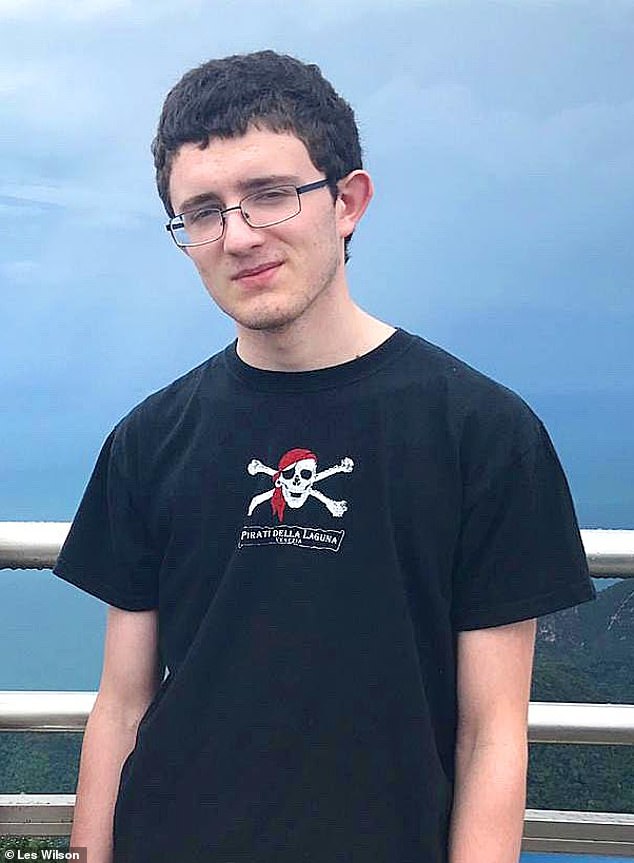 Assistant Coroner Guy Davies has criticised the University of Exeter for ‘a total absence of personal engagement’ with physics student Harry Armstrong Evans, 21, (pictured) who died in June 2021 from asphyxiation at his home in Launceston, Cornwall

‘This court has heard evidence of the terrible consequences of academic pressures on students and the need for universities to provide a safety net for their students,’ Mr Davies said.

‘That should include welfare services and the capacity to proactively respond to concerns.

‘In Harry’s case the safety net did not operate to safeguard him. Concerns were raised on a number of occasions by both Harry and his parents.

‘My central finding will be that the welfare service did not proactively respond to those concerns and did not provide the necessary support for Harry.

‘Specifically, there was no engagement with Harry’s family. Indeed, his parents only found out about the extent of his exam failure after his death. 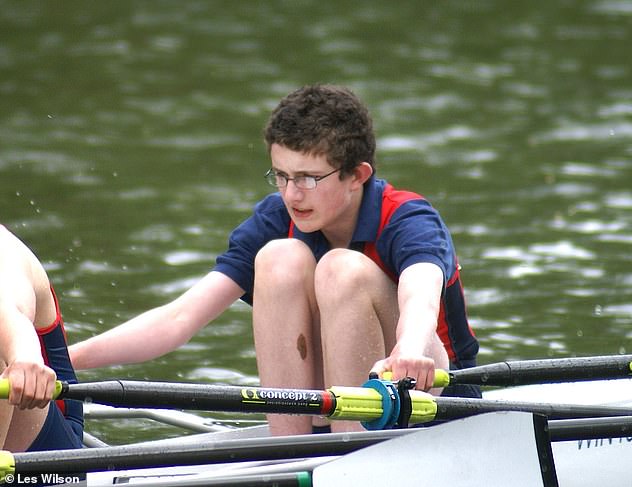 ‘I further find that Harry’s death was due to an acute mental health crisis which was preceded by a catalogue of missed opportunities, along with system failures, which together led to an absence of proactive results which meant Harry could not receive support.’

Mr Davies said he would be writing a preventing future deaths report to the university highlighting his concerns about staff training for suicide prevention, whether the wellbeing service’s case management system was ‘fit for purpose’, and consideration of providing the mobile numbers of personal tutors to students.

Speaking after the coroner recorded a conclusion of suicide, the student’s parents called for ‘Harry’s Law’ to give universities a legal duty of care to students.

‘Harry was a beautiful, kind, intelligent and gentle soul. He never had a cross word with anyone,’ they said.

‘He was our pride and our joy and his passing is made all the more tragic because it was entirely avoidable.

‘For too long, universities have operated in a space where, under the law, they are not obliged to provide any duty of care to the young people at their institutions.

‘Legally they are adults but, emotionally, many are not mature enough to process the suffocating stress of exams and, in the case of Harry, when they do raise their hand and ask for help, it is often too little, too late.’ 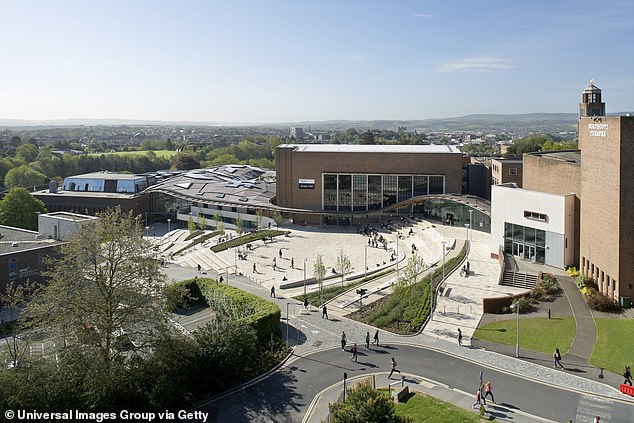 Cornwall Coroner’s Court heard that Mr Armstrong Evans’s exam results were good in his first two years but by the third year were ‘falling off a cliff edge’.

By May, he was emailing his tutor and the wellbeing service about his options for deferring his summer exams and resitting others, but they said there was nothing in what he had told them that they described as a ‘red flag’.

His personal tutor, Professor Matthew Browning, said university policy prevented him from discussing his welfare with his parents, but the coroner said there was a ‘misunderstanding’ of this policy and he had overlooked ‘exceptional circumstances’. 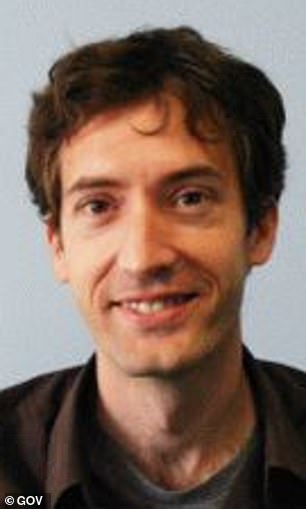 The inquest heard Mrs Armstrong Evans had made three attempts to contact the wellbeing service, but no one got back to her due to IT system failures.

‘Consideration should have been given at this stage to notifying Harry’s parents the extent of his exam failure, to fully mobilise Harry’s support network,’ Mr Davies said.

‘The system failures that effectively deleted these concerns meant that safeguarding opportunities were missed.’

Mr Davies said the student’s email on May 28 required ‘further and immediate inquiry by phone or in person with Harry’ and because of previous safeguarding concerns ‘needed information sharing with his parents’ about his academic situation.

‘That email was a cry for help from Harry and required a proactive response from the wellbeing department, and a response was required beyond sending Harry a stream of emails inviting him to fill in an online form,’ he said.

‘Nobody from Exeter University reached out to Harry. There was a total absence of personal engagement.’

Mike Shore-Nye, registrar at the University of Exeter, said: ‘We are acutely aware of the current mental health challenges for young people and the difficulties accessing external services and have invested significantly in student welfare and wellbeing support in recent years. 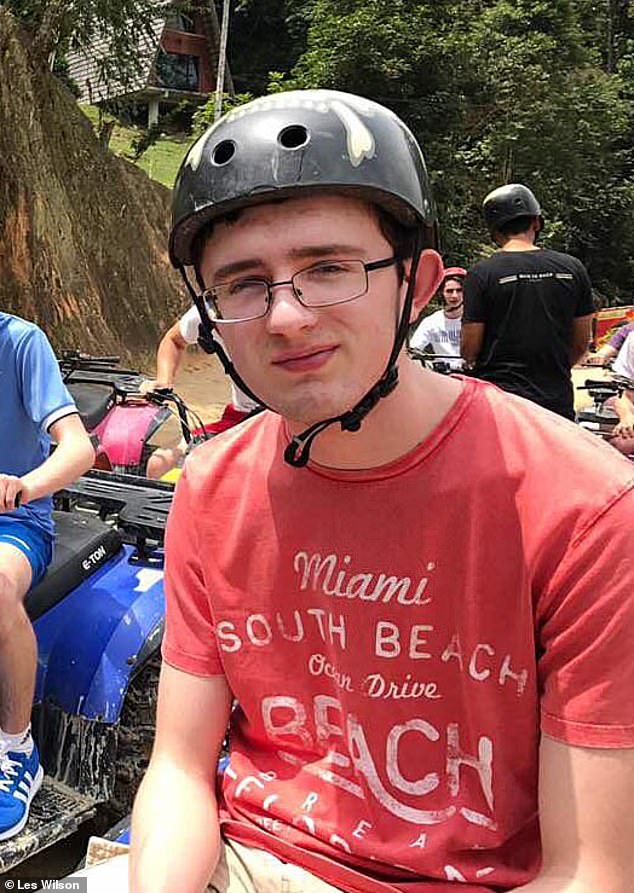 The 21-year-old was described as a ‘beautiful, kind, intelligent and gentle soul’ by his parents Rupert and Alice Armstrong Evans

‘We have set up a bespoke partnership with local NHS and support services for students with complex mental health needs, depression and anxiety.

‘We provide student support services seven days a week both on campus and in the community, including throughout the Covid-19 pandemic.

‘Student health and wellbeing is always the University of Exeter’s top priority.

‘We also welcome and support the recent Universities UK (UUK) guidance on suicide prevention and their recommendation on a trusted student contact when there are serious mental health concerns.

‘On education, during the pandemic all students were supported with a no disadvantage guarantee to ensure their assessment marks didn’t suffer as a result of the difficult circumstances surrounding the pandemic.

‘We continue to take a compassionate and supportive approach to all students who are struggling with personal circumstances and the societal pressures we face today.’

For confidential support, call Samaritans on 116123 or visit www.samaritans.org