A driver has been fined £450 for careless driving after colliding with a retired lecturer who suffered a fractured thighbone and died after contracting Covid while recovering from surgery in hospital.

Smail Afafsa was driving the wrong way down a one-way street in his Ford Focus when his passenger-side wing mirror struck Christopher Pack.

The pensioner, who had been putting his rubbish bins out, was sent sprawling to the ground and left lying in the gutter in near freezing temperatures.

He later needed surgery to pin one of two fractures in his right thigh and was still in hospital when he was diagnosed with coronavirus three weeks after the collision.

Mr Pack, who had taught at the University of Kent, died a week later. 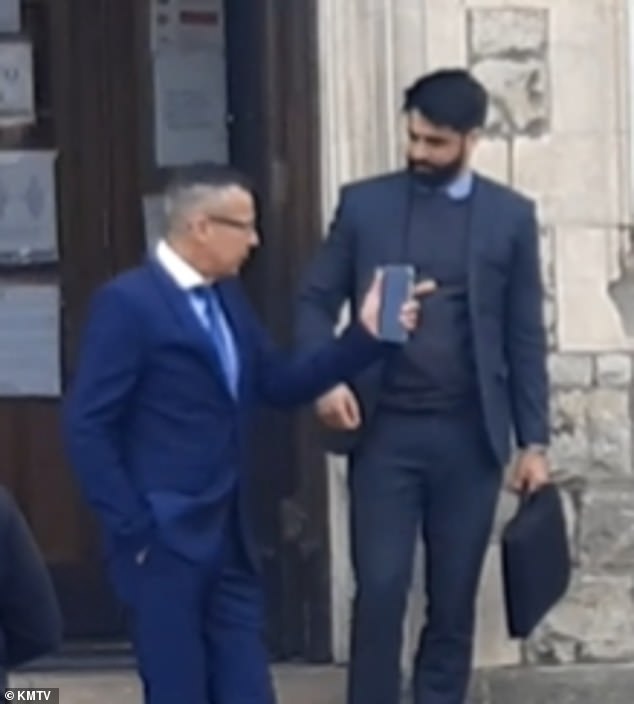 Pub chef Afafsa was alleged by the prosecution to have deliberately accelerated and hit Mr Pack in Milton Street, Maidstone, Kent, after ignoring his waving and warning cries of ‘You’re going the wrong way’.

He then drove off, only stopping a short while later to adjust his mirror which had been pushed inwards on impact, Maidstone Crown Court was told.

But it was later accepted by the Crown Prosecution Service that Mr Pack had not died as a direct result of the collision which had occurred in the road outside his home on December 29, 2020

Afafsa went on trial accused of causing serious injury by dangerous driving, and was found not guilty today.

He was convicted of careless driving, which carries a fine as the maximum sentence. 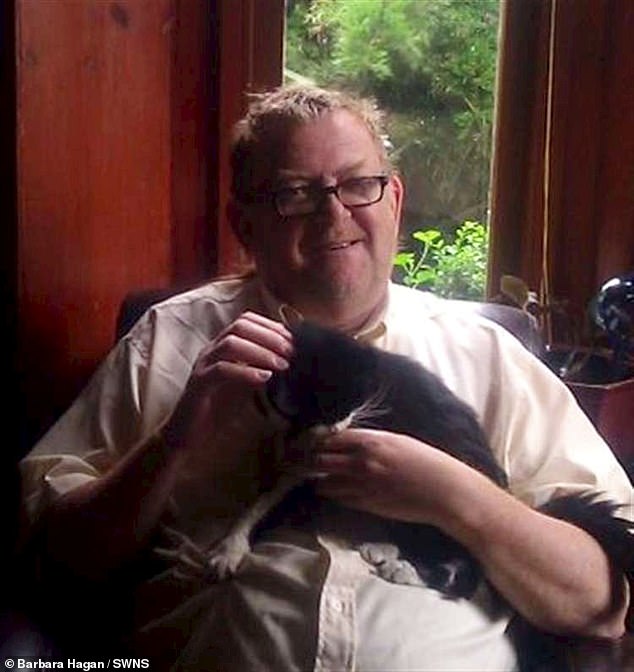 Christopher Pack (pictured), a retired university lecturer, fractured his right femur and was rushed to hospital – where he caught Covid three weeks later

Afafsa, who earns about £300 a week working at The Cock Inn in Maidstone, was given three months to pay or serve 14 days’ imprisonment in default.

He was also banned from driving for six months and ordered to pay £100 towards court costs.

The jury of eight women and four men were not told the circumstances of Mr Pack’s death, only that he had died since the collision in Milton Street, Maidstone.

But they did hear Mr Pack’s accounts of what he said had happened to him.

Jurors were played the distressing 999 call in which Mr Pack described himself trying to jump out of the way as the car drove at him at what he said was 15mph to 20mph.

He could also be heard repeatedly wincing in pain and being informed he faced a wait of up to three hours for an ambulance to arrive.

The operator asked Mr Pack whether he had coronavirus or was showing any symptoms, to which he replied he did not.

A second account from the stricken pensioner was recorded by a police officer’s bodyworn camera at the scene and also played to the court.

Afafsa, of Bazalgette Rise, Maidstone, told police following his arrest that he felt threatened by Mr Pack, claiming the pensioner had forcefully ‘kicked or smacked’ his wing mirror in anger, the jury heard.

Afafsa said he ignored him and drove on, suggesting Mr Pack may have lost his balance and fallen.

He accepted he had driven the wrong way but said that it was because a truck had been blocking his route.

Imposing the fine, Judge Philip St.John-Stevens told Afafsa he had made a ‘deliberate and considered’ decision to drive the wrong way.

He added he was not responsible for the resulting ‘tragic chain of events’.

‘You made a decision, whether borne from frustration or any other reason, to drive the wrong way up a one-way street,’ said the judge.

‘Perhaps you could not wait for a van to move but that was a deliberate and considered decision on your part.

‘The consequences were that you chose to drive that way.

‘I accept the jury’s verdict that you were not driving dangerously and had not intended to strike Mr Pack.

‘The driving on that day led to a tragic chain of events that do not fall at the defendant’s door. Tragically, as others did, Mr Pack lost his life to Covid.’

Mr Pack’s widow, Barbara Hagan, cried as she sat in the public gallery, with the judge praising the family’s dignity throughout proceedings. 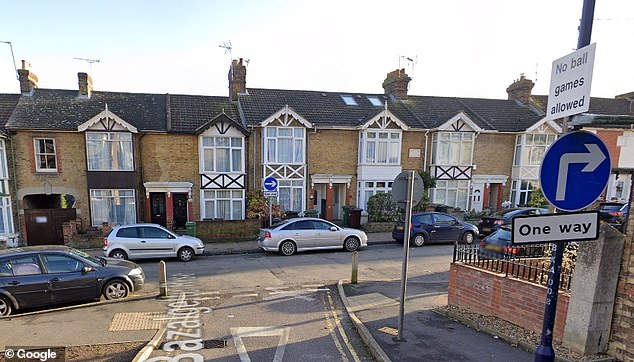 Mr Afafsa lives a few hundred yards from where Mr Pack, a social work course leader formerly of the University of Kent, was injured (Pictured: One way road where the collision occurred)

At the start of Afafsa’s trial, the prosecution alleged that his driving was ‘dangerous and deliberate’, with Mr Pack’s accounts providing ‘strong and compelling’ evidence.

‘The defendant’s manner of driving fell far below the standard of a competent and careful driver,’ prosecutor Francesca Levett told the court.

‘He was travelling the wrong way up a one-way street and despite seeing Mr Pack in the road, he carried on driving towards him, accelerating, and not leaving him with enough time to move out of the road.

‘What you won’t hear is any live evidence from Mr Pack as sadly he has died since this incident occurred.

‘But the prosecution say his account taken shortly after the incident is strong and compelling evidence that the defendant’s driving was dangerous and deliberate.’

An expert for the defence estimated Afafsa’s speed to be 9mph and told the jury that having viewed the available CCTV footage, he could not hear any acceleration.

Mr Pack was putting both his bin out and that of an elderly neighbour ready for collection when he was struck by the Focus at about 1.15pm.

CCTV footage showed Afafsa turning into Milton Street the wrong way rather than negotiating a truck parked tightly on the junction to his right.

Mr Pack told police he had initially spotted the Focus stationary at the bottom of Bazalgette Rise after another vehicle sounded its horn at it.

He then began to cross the road to fetch his neighbour’s bin, only to see the car pull out and drive in the wrong direction towards him, the court was told.

‘I was getting the bin out ready for collection and then I was going to go over the road to my elderly neighbour because I always get her bin out for her.

‘I saw this car… and he turned the wrong way into our street which is one-way. I put my hand up as I was crossing the road and mouthed at him ‘You’re going the wrong way’ and he just accelerated.

On being told of the potentially long wait for an ambulance, Mr Pack responded: ‘I don’t think I can lay here for two hours.’

The court heard the ambulance response status was upgraded once police arrived on the scene.

Mr Pack was complaining of pain in his back and leg and despite being assisted by neighbours with the offer of hot drinks and blankets, the temperature that day was between zero and five degrees.

In the police bodyworn camera footage, the former social work lecturer could be seen laying at the side of the road covered in blankets with his wife at his side and in what he described as ‘excruciating’ pain.

He gave the officer a similar account, adding that having fallen to the ground, he realised he could not get back up and so slowly dragged himself to the side of the road where another motorist stopped to help him.

‘She rolled down her window and said “Are you alright?” and I said “No, I just got hit by a car”,’ he told the officer.

In the meantime, Afafsa had continued his journey and was arrested just after 3pm.

He accepted he had driven the wrong way but told police Mr Pack was ‘not happy and causing trouble’.

[ad_1] Alexandria Ocasio-Cortez has said she fears for her life as a member of Congress, saying she can rarely relax in…

[ad_1] Scandal-plagued James Corden brushed off the drama to attend the premiere for his new series, Mammals, with his wife Julia Carey…