An 18-year old man has been arrested on suspicion of drug driving after a pensioner in his 80s was hit by a car and killed.

Police received a report at around 10.15pm last night that the elderly man had been hit by a Black Ford Fiesta Zetec on South Road, Waterloo, Merseyside but he later died in hospital despite emergency sevices rushing to the scene.

An 18-year-old man from Walton, Liverpool, was arrested at the scene on suspicion of dangerous driving and drug driving. 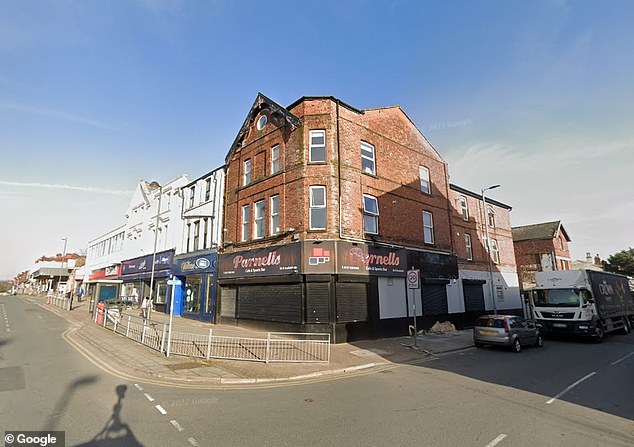 An 18-year old man has been arrested on suspicion of drug driving after after a pensioner in his 80s was run over and killed on South Road, Merseyside

Enquiries are ongoing to inform the man’s family, the Liverpool Echo reports.

Witnesses reported seeing the tragedy unfold outside Parnells cafe and sports bar, outside a bus stop.

A spokesperson for Merseyside Police said: ‘An 18-year-old man from Walton was later arrested at the scene on suspicion of dangerous driving and driving a vehicle whilst unfit through drugs.

‘An investigation is underway and anyone with any information is urged to contact police.

Reports at the scene suggest the road which was closed as police investigated has now reopened.