Qatar has unveiled the first of its ‘fan villages’ where tens of thousands of supporters will be crammed in as the tiny nation becomes the first Muslim country to host a World Cup in just two weeks’ time.

Images of the Al-Emadi fan village show what appear to be hundreds of shipping containers laid out in the desert but which are actually prefab hotel rooms that will sleep as many as 60,000 people – with up to two in each cabin.

The interiors are spartan with either two single beds or a double bed, toilet, mini-fridge and tea and coffee-making facilities. Restaurants and other catering facilities are located within the wider camp, along with screens where people can watch games.

However, organisers have been at pains to remind travelling fans of the country’s strict Sharia laws that ban alcohol sales outside of specially licenced venues such as restaurants, hotels and fan zones at particular times – which does not appear to cover the fan villages.

More than a million people are expected to descend on the small desert peninsula – with a population of just 300,000 excluding expats and migrant workers – over the course of the tournament, which will last almost a month from November 20 until December 18. 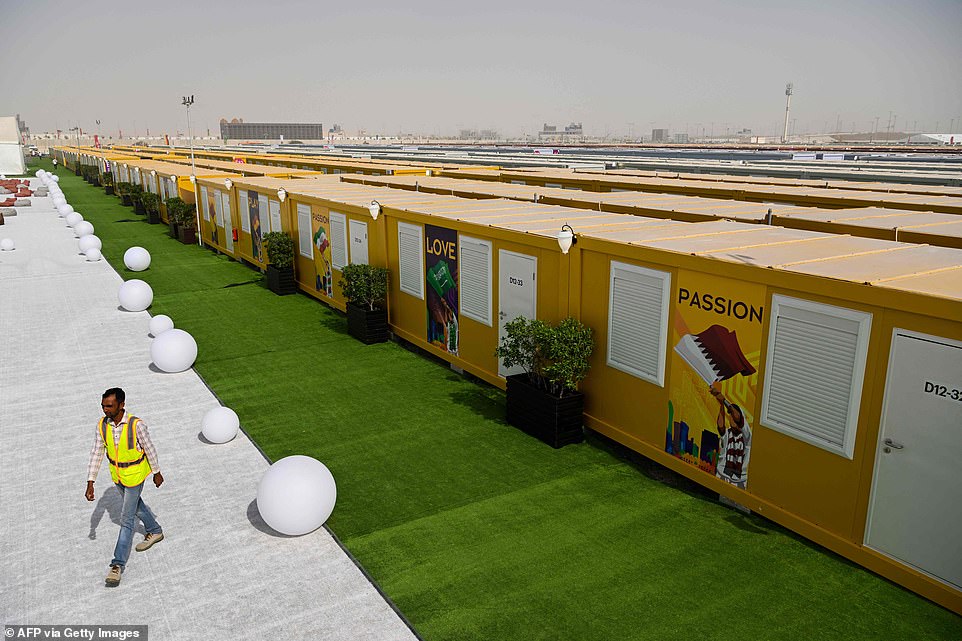 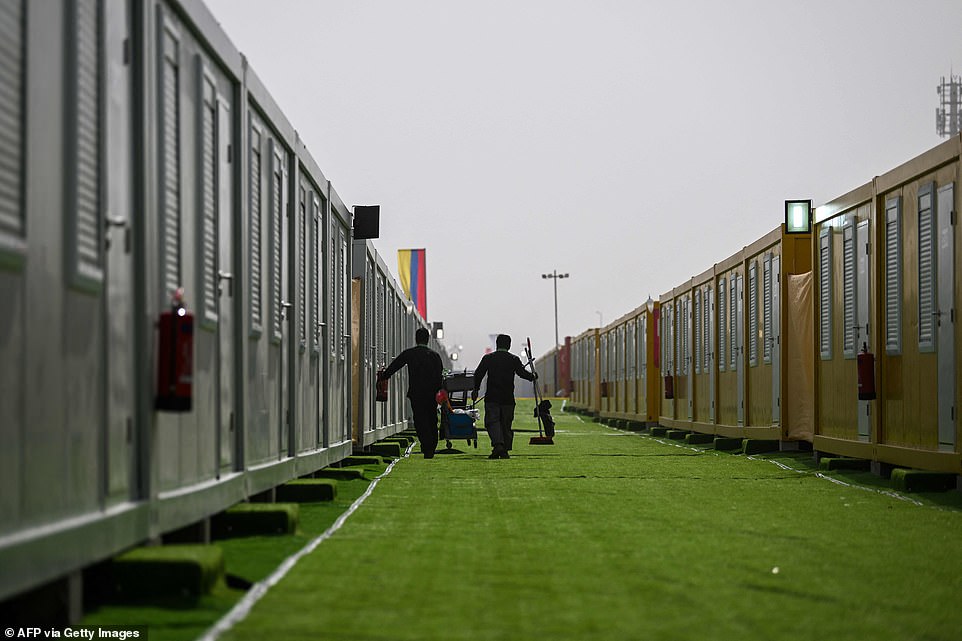 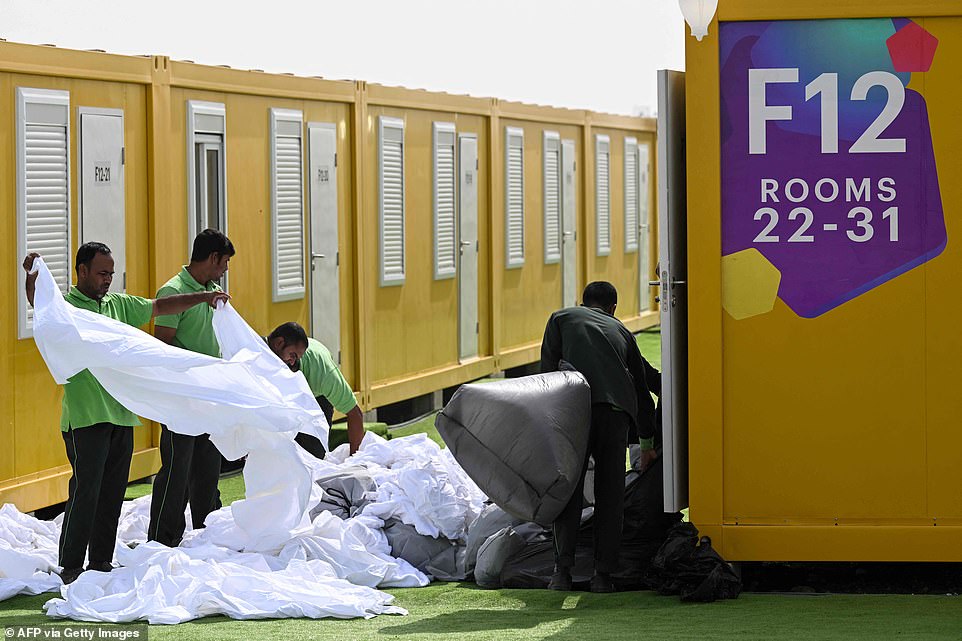 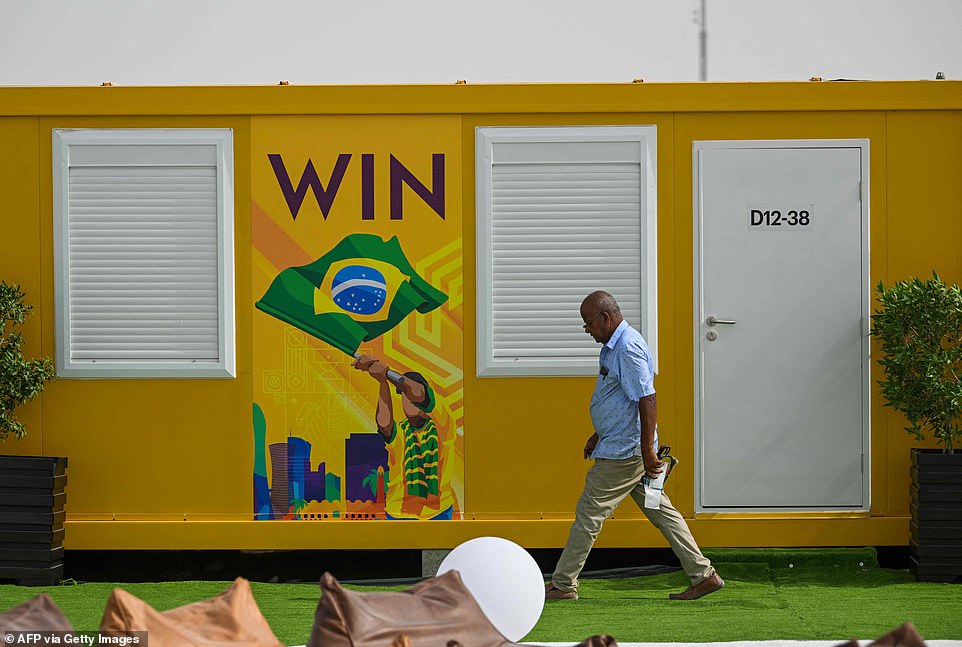 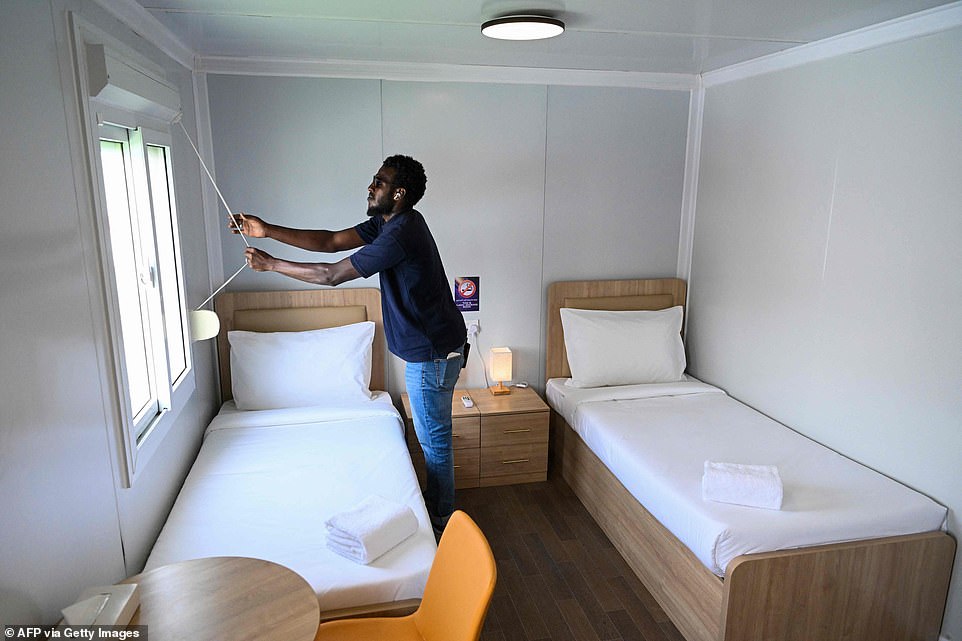 But scenes which typically accompany the world’s largest sporting event – shirtless supporters drinking away the days in public squares and sports halls – will be largely absent, with people warned they must cover their shoulders and knees in public will be taken to sober up if their behaviour is deemed too rowdy.

Alcohol is served only in hotel restaurants and bars that have licenses in Qatar and may only be drunk there. Non-Muslim residents of Doha who have a liquor license may buy drink from specially licenced premises to drink at home, but it is illegal for everyone else.

At the World Cup, fans will be allowed to buy Budweiser beer within stadium compounds – though not at concourse concession stands – before and after games. Fans can also drink in the evenings at a designated ‘fan zone’ in downtown Doha. Generally in Qatar, public drunkenness is punishable by hefty fines and jailing.

But the head of Qatar’s security operations has said that during the tournament, police will turn a blind eye to most offenses but potentially make arrests if someone gets into a drunken brawl or damages public property.

The legal drinking age is 21, and bouncers at bars often ask for photo ID or passports upon entry.

Qatar is one of the world’s most restrictive nations when it comes to drugs, prohibiting cannabis and even over-the-counter medications like narcotics, sedatives and amphetamines.

The sale, trafficking and possession of illegal drugs may lead to severe penalties, including long-term prison sentences followed by deportation and heavy fines. Drug smuggling charges can carry the death penalty. 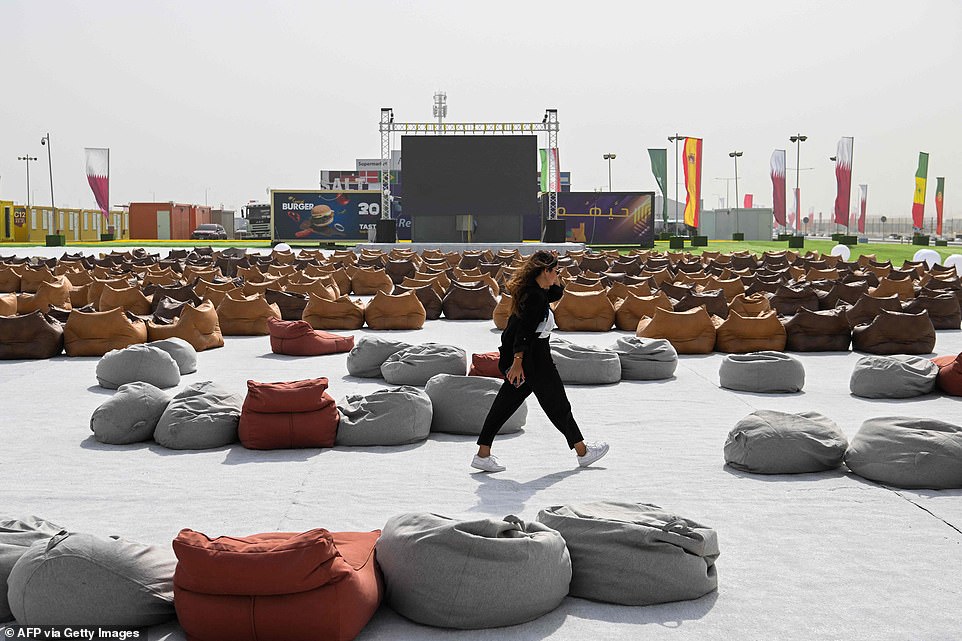 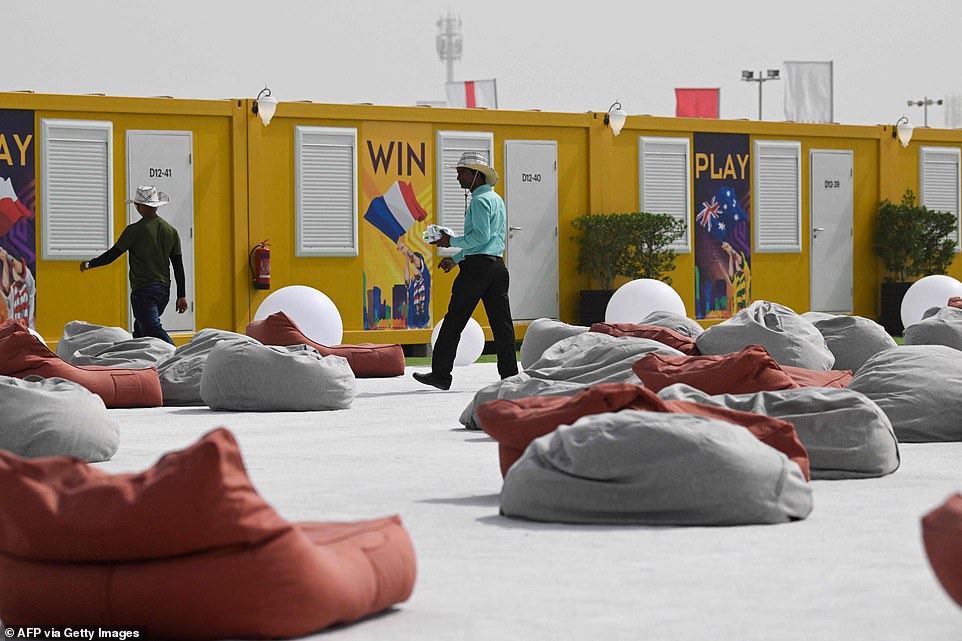 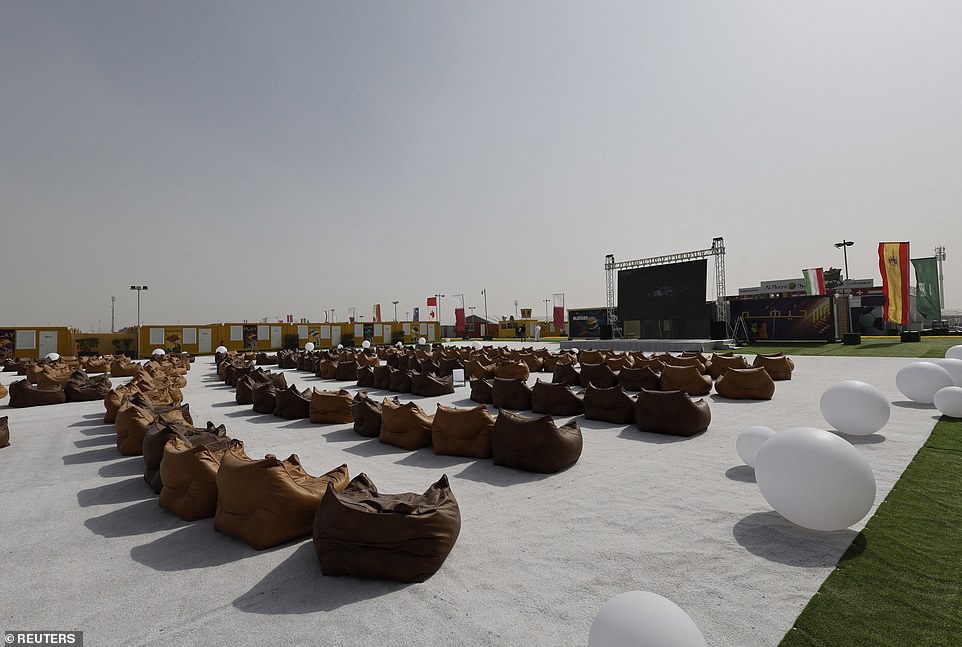 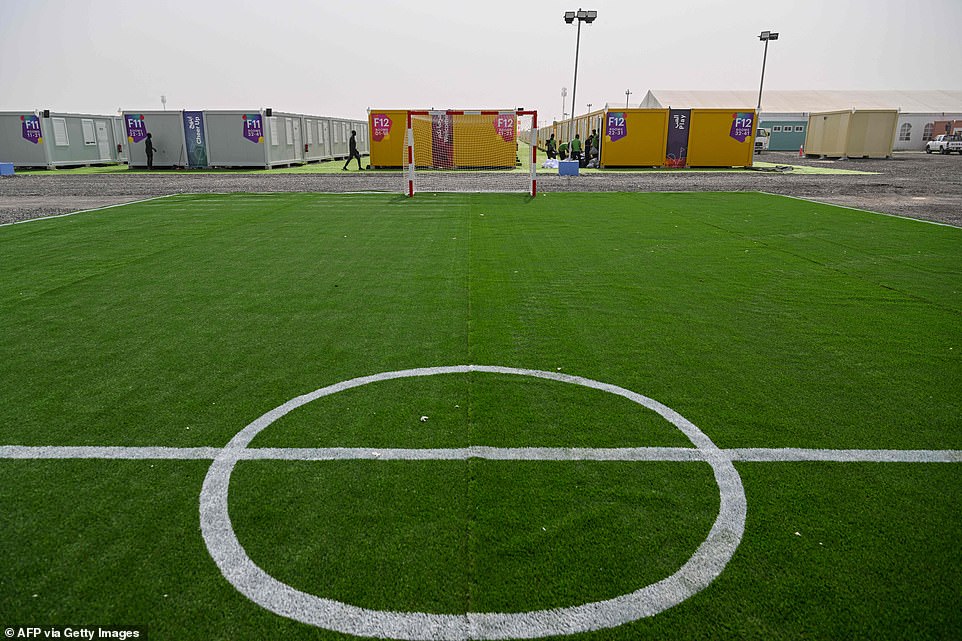 Qatar considers the cohabitation of unmarried women and men a crime, using so-called indecency laws to punish extramarital sex – but has said it will make exceptions for visitors arriving for the World Cup.

Public displays of affection are ‘frowned upon,’ the government tourism website says. Holding hands won’t land you in jail, but visitors should avoid showing intimacy in public. Qatari law calls for a prison sentence of one to three years for adults convicted of consensual gay or lesbian sex. Crossdressing is also criminalized.

Qatar’s government tourism website urges men and women to ‘show respect for local culture by avoiding excessively revealing clothing in public.’ It asks visitors to cover their shoulders and knees.

Those in shorts and sleeveless tops may be turned away from government buildings and malls. Women visiting mosques in the city will receive scarves to cover their heads. However, bikinis are common at hotel pools.

Flashing the middle finger or swearing, particularly when dealing with police or other authorities, can lead to arrest. Most criminal cases in Qatar that entrap unwary foreigners involve such offenses.

Many Qatari women and men will not shake hands with the opposite sex, with advice being to wait for a hand to be offered before extending your own.

Filming and photographing people without their consent, as well as taking pictures of sensitive military or religious sites, may result in prosecution.

Visitors are also advised to tread carefully when discussing religion and politics with locals. Insulting the royal family can land you in prison.

Few Qataris are likely to welcome criticism of their governance system from a tourist. Spreading fake news and harming the country’s interests is a serious and vaguely defined crime, so it’s best to steer clear of social media commentary on Qatar. 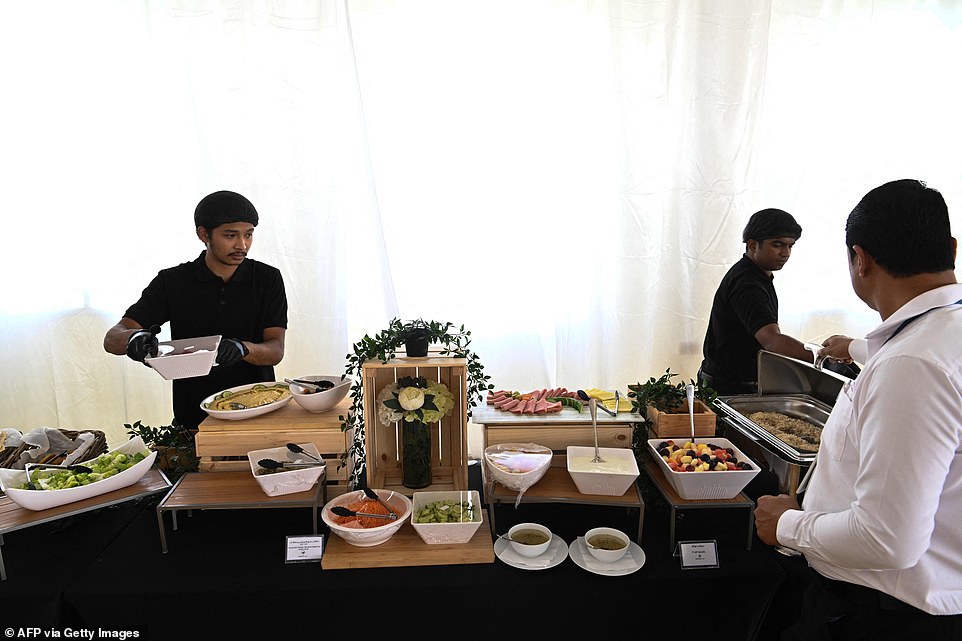 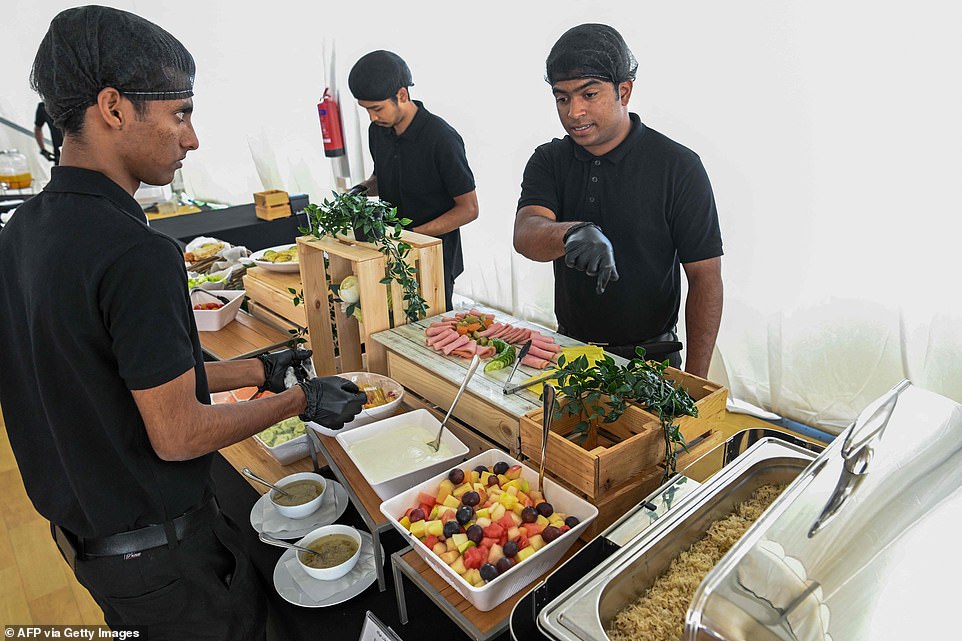 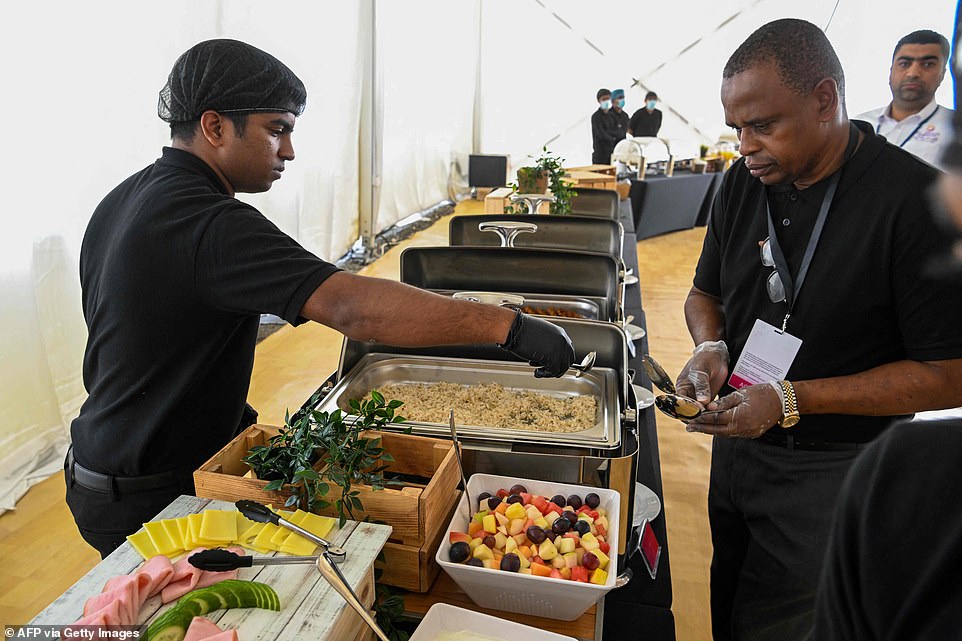 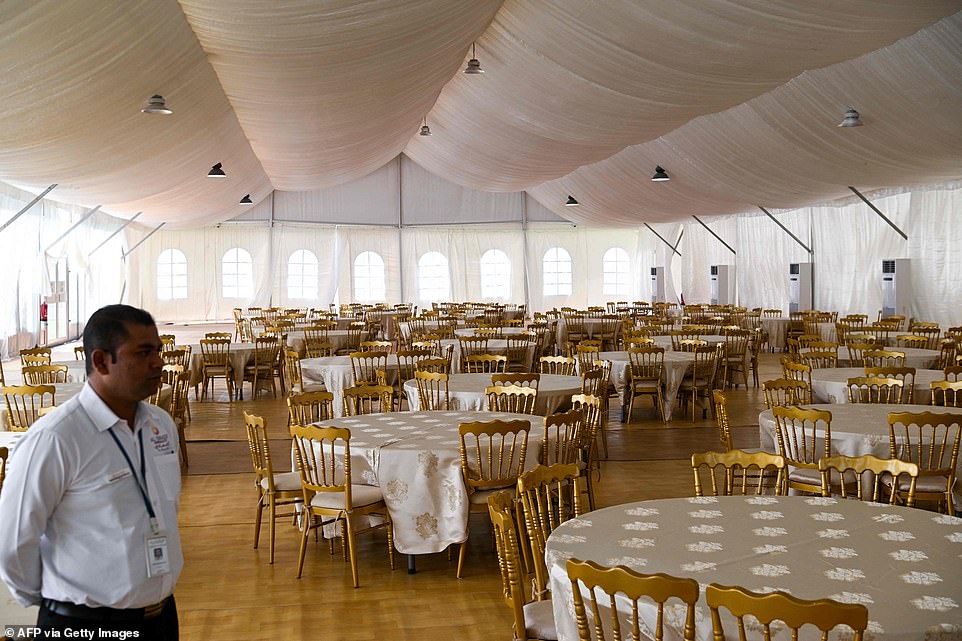 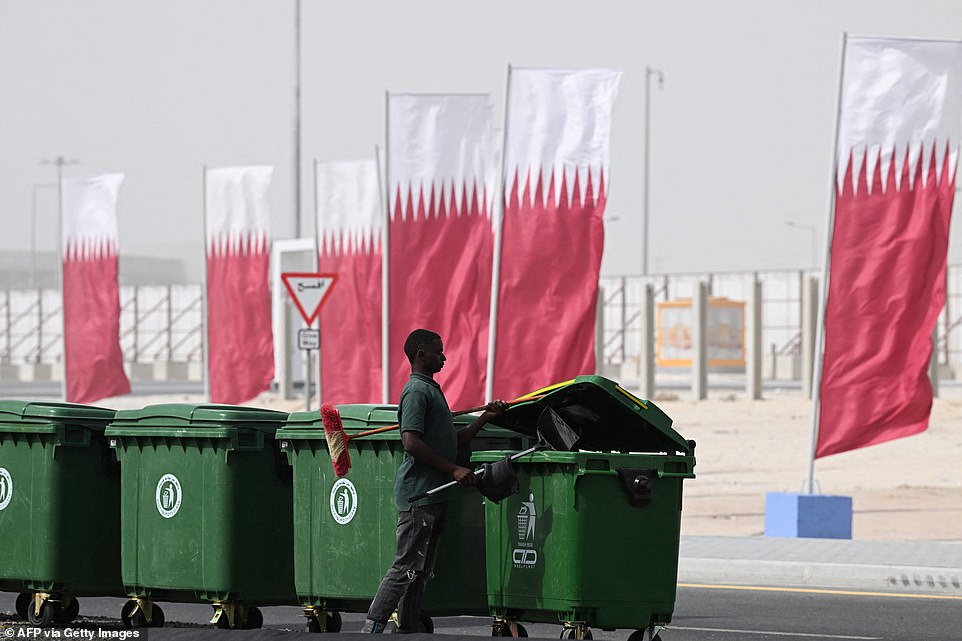