Matt Hancock was thrown in at the deep end as the hapless ex-Health Secretary took on his second Bushtucker Trial in two days on I’m A Celebrity… Get Me Out of Here!.

The MP, 44, who arrived late to camp during Wednesday night’s episode, was voted by the public to face the Tentacles of Terror as he attempted to win eleven meals for camp.

Before he left camp, Boy George piled on the pressure for him to return with good news following the trial, and said: ‘You have to come back with every star.’ 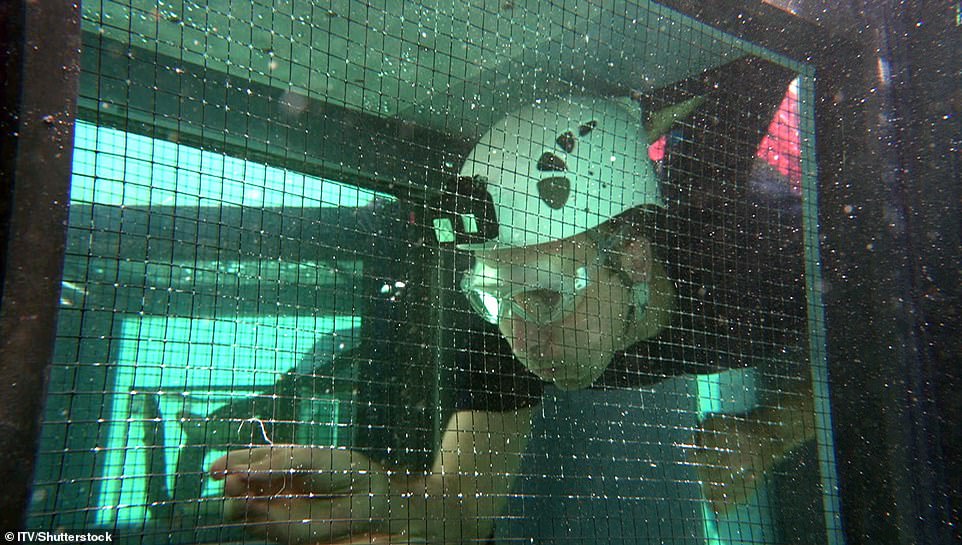 Nightmare: Matt Hancock was thrown in at the deep end as the hapless ex-Health Secretary took on his second Bushtucker Trial in two days on I’m A Celebrity… Get Me Out of Here!

Matt said: ‘Thanks George, I’ll do my best.’

Aftter Matt and Seann Walsh managed to bag six stars the previous day during their trail, Scarlette added: ‘We need more than six… you can do it.’

Matt in the Bush Telegraph said: ‘The pressure I feel most is the pressure to get the stars. The food really matters, so that’s the thing.

‘There’s 11 stars there, I’ve got to get as many as I can. I have absolutely no idea what it’s going to be but I’ll give it my best shot.’ 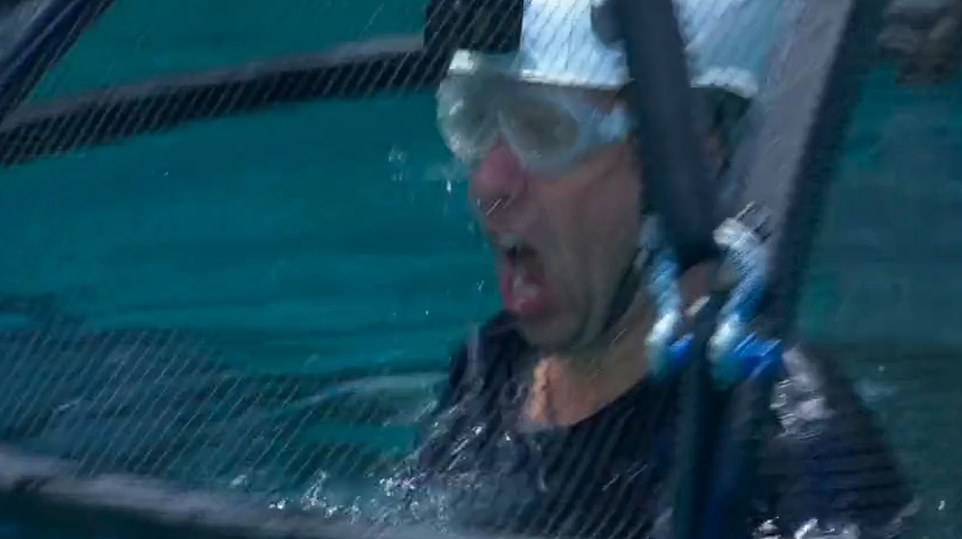 Second time around: The MP, 44, was voted by the public to face the Tentacles of Terror the day after his first trial 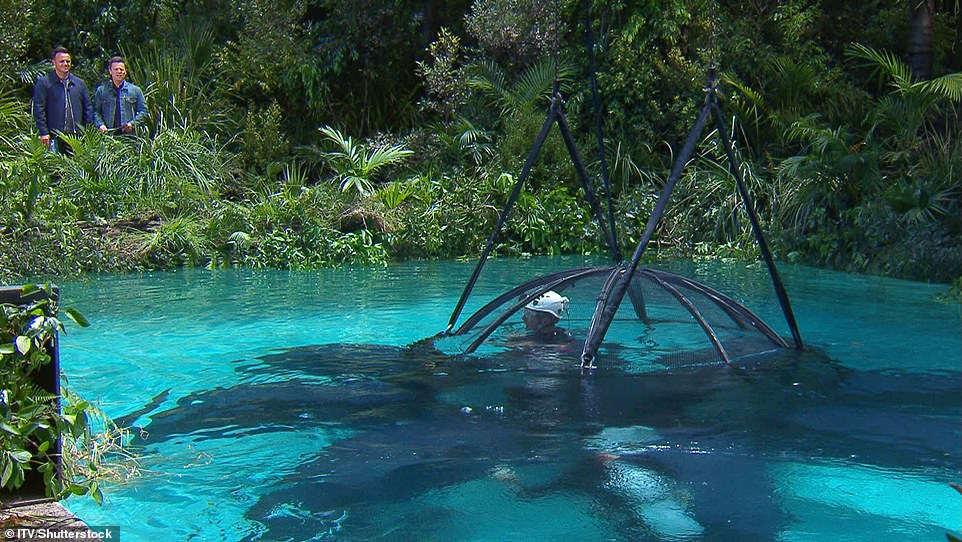 Sinking feeling: Matt faced the Tentacles of Terror as he attempted to save face – and earn the respect of his dubious campmates – by winning eleven meals

He added: ‘Yesterday we got six stars and everyone was really nice about it but you could see the disappointment in their eyes. I’m going to try to get more than six today, that’s the pressure I’m really feeling.’

Arriving at the Trial clearing, Ant explained to Matt: ‘This giant octopus-shaped structure is home to an assortment of underwater critters. All you have to do is find and collect 11 numbered stars, in order, 1 to 11.

‘During the trial the tentacles of terror will lower into the water so you’ll have to swim around a bit.’ 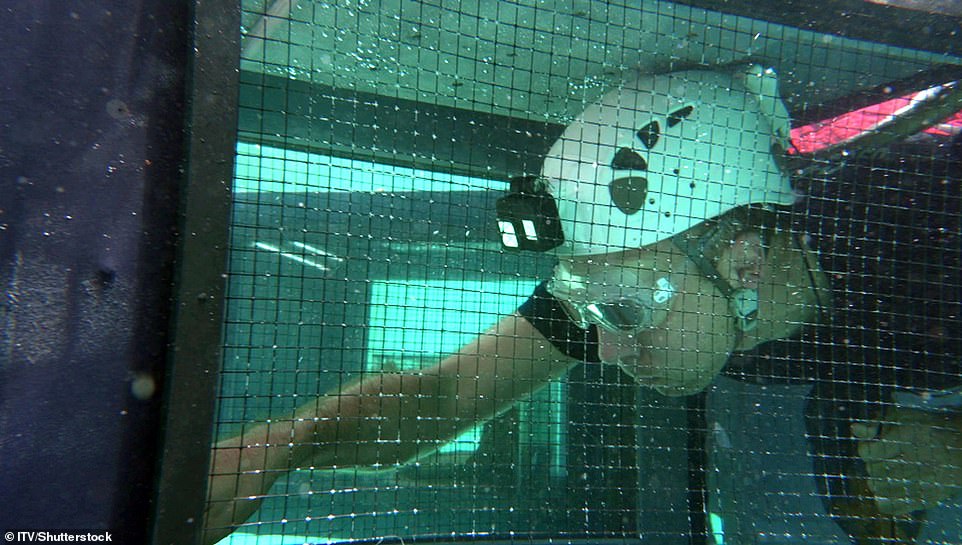 Here we go again: The one-time Tory frontbencher floundered in a large tank of water while endeavouring to salvage stars from a variety of submerged, critter-filled cages

Matt replied: ‘I’m thinking it looks nice until you can see what I can see inside those boxes.’

Concerned about snakes in the Trial, as he began his watery task, Ant asked him: ‘You must have met a few snakes in your time in Westminster.’

Mid-way through collecting a star Matt responded: ‘Ha ha… I see what you did there.’

The one-time Tory frontbencher floundered in a large tank of water while endeavouring to salvage stars from a variety of submerged, critter-filled cages. 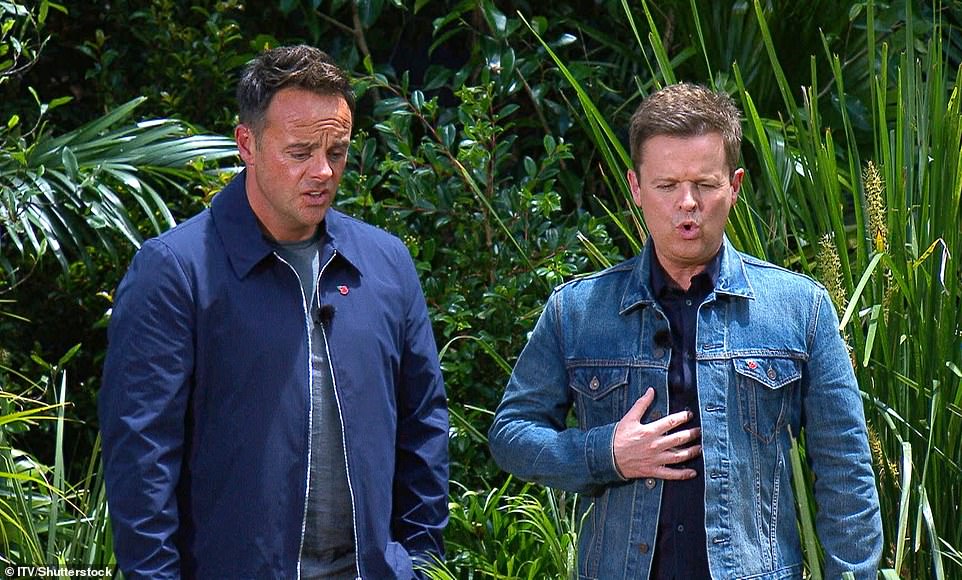 Advice: ‘Your air hole gets smaller!’ Donnelly warned the unpopular MP as he filled his lungs after bobbing to the surface

Wearing a safety hat and goggles, he appeared to struggle after bursting to the surface for air, before swimming back into the depths of the murky tank.

And in a devious twist, he was given an increasingly limited opportunity to breathe as the tank slowly sank into the water.

‘Your air hole gets smaller!’ Dec warned the politician as he filled his lungs after bobbing to the surface.

‘What did you call him?’ quipped Ant, prompting his co-host to repeat: ‘Air hole.’ 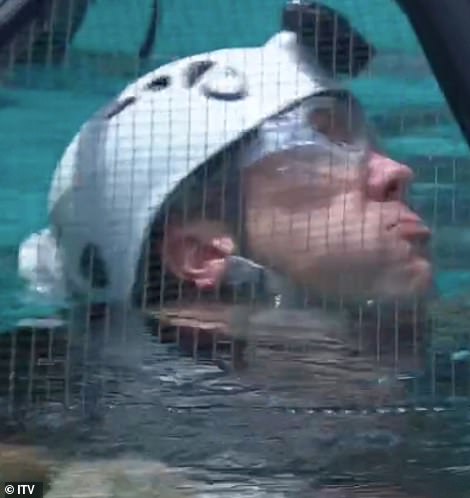 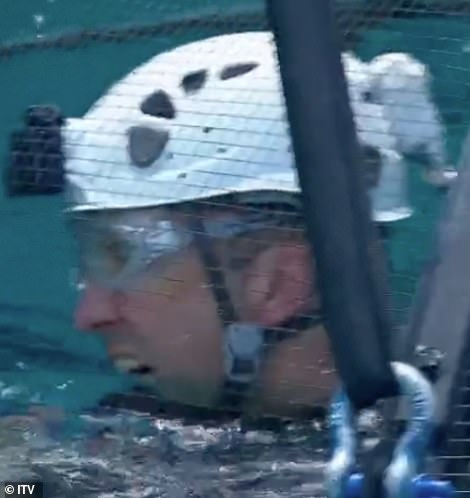 Up to his neck in it: Hancock appears to be struggling for breath during his latest trial for camp

Later in the Trial, Dec tried to ask him if he was OK, but he didn’t answer, going back under water.

When the time ran out Matt had earned all 11 of the 11 stars on offer.

He told Ant and Dec: ‘The eels, the sea snakes, I was absolutely petrified.’

Matt said of his haul: ‘I can’t believe it. I was so nervous. My heart was racing. I’m really proud of myself for having pulled that off.’