The Federal Police confirmed a Russian hacking group are behind the Medibank cyberattack and called on Russia to take ‘responsibility and accountability’.

AFP Commissioner Reece Kershaw said in a press conference on Friday a Russian group were behind the hack.

‘We believe that those responsible for the breach are in Russia,’ Mr Kershaw said.

‘We believe we know, which individuals are responsible but I will not be naming them.

‘What I will say is that we will be holding talks with Russian law enforcement about these individuals.’ 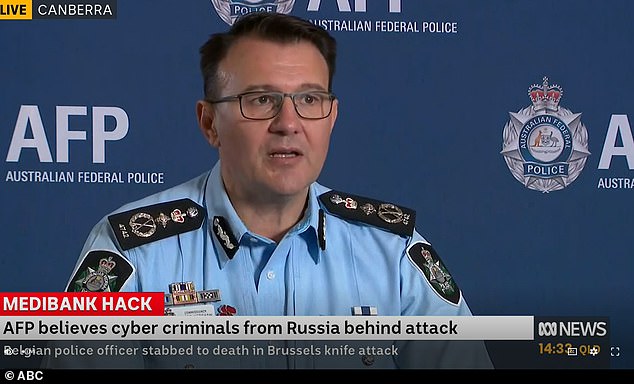 He said the group of ‘loosely affiliated cyber criminals’ are also responsible for past ‘significant’ data breaches across the world.

The Federal Police confirmed direct contact had been made with Moscow over the perpetrators of the attack.

‘We will be holding talks with Russian law enforcement about these individuals,’ he said.

Mr Kershaw also noted Russia benefits from the intelligence-sharing through Interpol, and said ‘with that comes responsibilities and accountability’.

Mr Kershaw wrapped up the press conference with a defiant statement to cybercriminals.

‘To the criminals, we know who you are, and moreover, the AFP has some significant runs on the scoreboard when it comes to bringing overseas offenders back to Australia to face the justice system,’ he said.

‘To the media and social media, I know you will do the right thing and continue to assist us in protecting the community by not aiding these criminals by posting or publishing this sensitive information.

‘This is a time for all Australians – the community, business and law enforcement – to stand together and refuse to give these criminals the notoriety they seek’.

Friday’s press conference comes hours after Prime Minister Anthony Albanese said those behind the attack will be named at Sydney’s Remembrance Day ceremony.

Mr Albanese said: ‘I am disgusted by the perpetrators of this criminal act and I’ve certainly authorised the AFP Commissioner later today to disclose where these attacks are coming from.

‘We know where they’re coming from, we know who is responsible and we say that they should be held to account.

‘The AFP commissioner will be saying more today. But the fact is the nation where these attacks are coming from should also be held accountable for the … release of information, including the very private and personal information.

‘I say to those people who are distressed by this disclosure: We stand with you at this time.

‘I also ask all of the media – and indeed all Australians – to not incentivise this behaviour by not disclosing any of this information which has been put on the dark web. We need to stand with each other at a time like this.’ 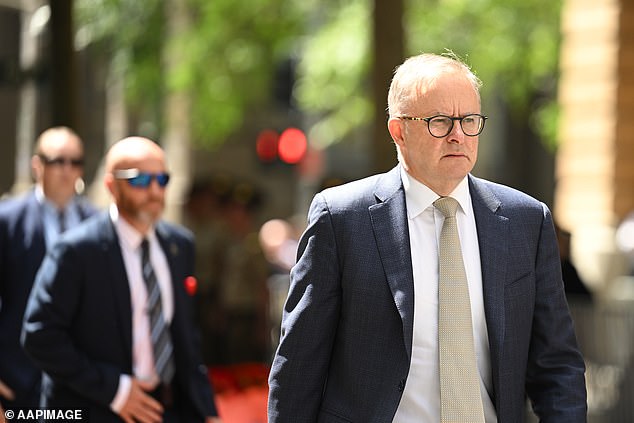 At a press conference in Sydney after a Remembrance Day ceremony (above), Mr Albanese confirmed the new information on the security hack that has seen Australians’ sensitive information exposed online, confirming the AFP ‘know who is responsible’ 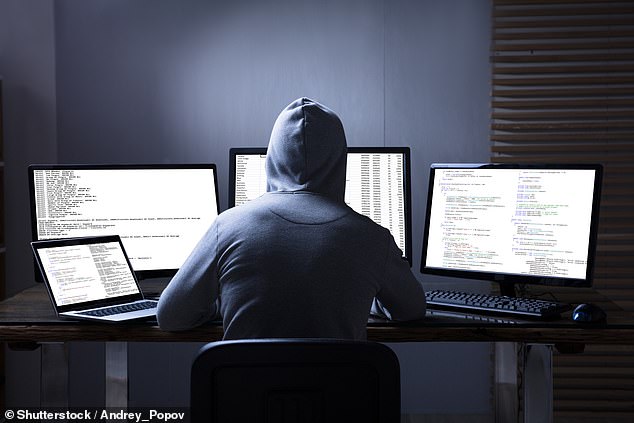 The hackers had demanded a ransom to stop them from releasing the data, but Medibank earlier this week said it would not pay it. Pictured is a stock image of a hacker 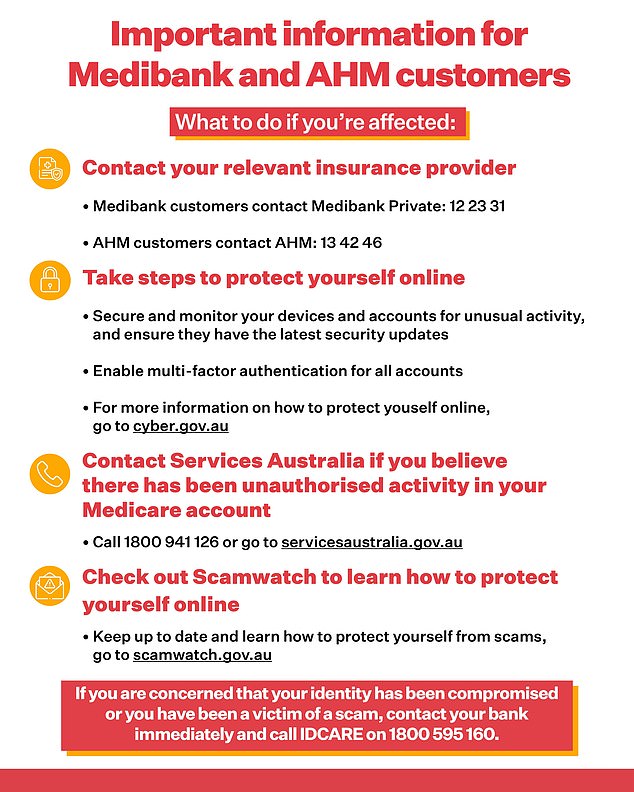 Mr Albanese’s revelation came as those behind the Medibank data theft dumped a fresh file about customers with alcohol and mental health problems – after the government warned the ‘smartest and toughest’ people in Australia are coming after them.

The ransomware group claimed they had released more sensitive details of customers’ medical records on the dark web.

‘Added one more file Boozy.csv …,’ they wrote in a blog update in the early hours of Friday.

The file, which appears to be related to mental health and alcohol issues, comes after a data dump on Thursday named ‘abortions.csv’.

‘You telling that is disgusting (woof-woof), that we publish some data,’ they wrote on Friday in the blog seen by AAP.

‘But we warned you. we always keep our word, if we wouldn’t receive a ransom – we should post this data, because nobody will believe us in the future.’

The group said on Thursday it had demanded a ransom of $US1 for each of Medibank’s 9.7 million affected customers, for a total of $US9.7 million (almost $15million).

Home Affairs Minister Clare O’Neil has said she will share the frustrations of Medibank customers over a lack of communication and transparency with the company with its chief executive David Koczkar.

‘I have had that raised with me by Medibank customers, of which I am one, and I will talk to him about the need for better communication from the company and I think they will step up to the plate if I make that request,’ she told the Today Show.

Ms O’Neil said a lot of work was being done behind the scenes to ‘wrap our arms around victims’ and ensure support was available to them.

Ms O’Neil also admitted the health insurer had ‘failed’ in protecting the confidential information of its customers and had therefore lost their trust.

The home affairs minister said corporate Australia had been in a ‘slumber’ when it came to cybersecurity threats and that it was time to wake up.

‘Now, it’s come as a huge shock and the only thing that is good about any of this is that surely it is beyond question that corporate Australia has to step up, and I would include the Australian Government in that,’ she said.

‘There is a lot more that we can do nationally to build cyber defences against this type of conduct, and part of my job is to lead that process and that is what I am doing.’

Ms O’Neil spoke with Medibank chief executive David Koczkar twice on Thursday to ‘make clear’ what was expected of Australia’s biggest health insurer and to ensure customers were adequately supported.

‘I don’t want Australians to have to circulate 14 government departments or areas of Medibank in order to get what they deserve and need,’ Ms O’Neil said.

‘I received the assurance from Medibank … that if a large data dump occurs, they are fully ready to provide services when and if they are needed to Australians who need them.’

Medibank was first asked to pay a ransom on October 25, after the alleged hackers warned they would ‘do everything in our power to inflict as much damage as possible for you, both financial and reputational’.

Negotiations broke down on November 2, before Medibank outright refused to pay a ransom three days later. 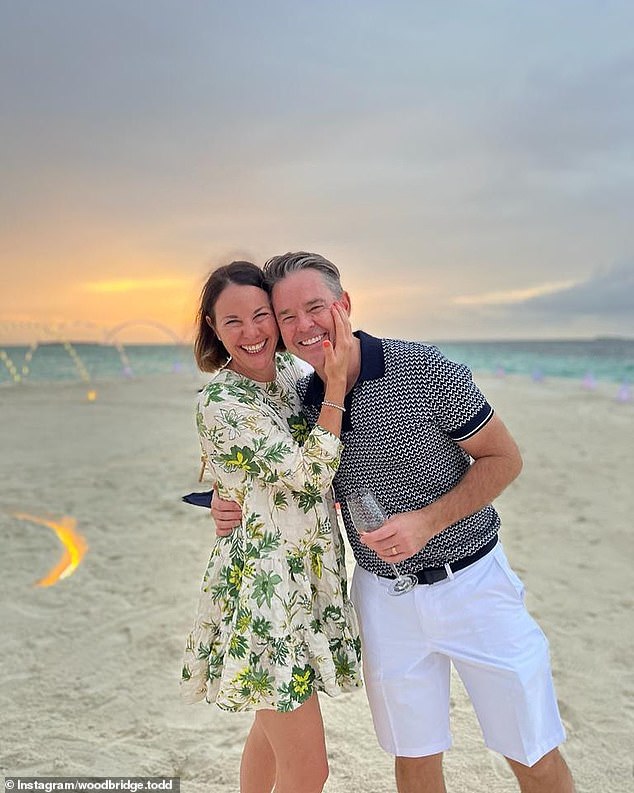 A ‘naughty-list’ file contained the name, personal addresses, birth dates and health insurance details of more than 100 patients who have been treated for alcohol abuse, cannabis, cocaine or opioid addictions and mental health issues.

A ‘good-list’ was also published on the dark web that featured the same private information of other Medibank customers.

Former tennis champion and Channel 9 broadcaster Todd Woodbridge is one of those who have been targeted.

The 51-year-old, who suffered a mild heart attack last month, got five calls in a row from the same number earlier this week.

‘They ended up leaving me a message and the message was that I had bills to pay from the hospital stay that I had,’ he told Heidi Murphy on 3AW.

‘They knew the hospital that I had stayed in and they wanted me to ring back and give me an account number and wanted me to pay over the phone. 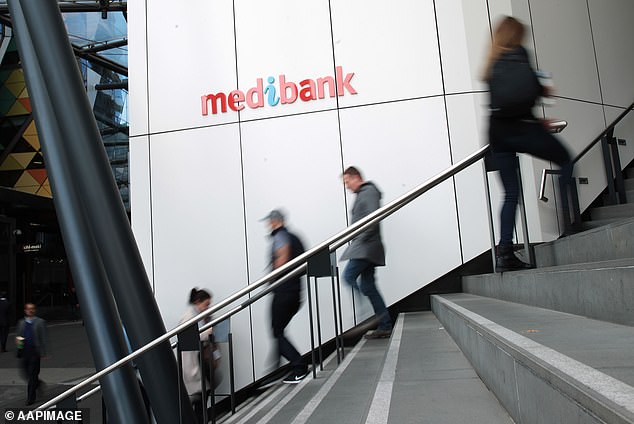 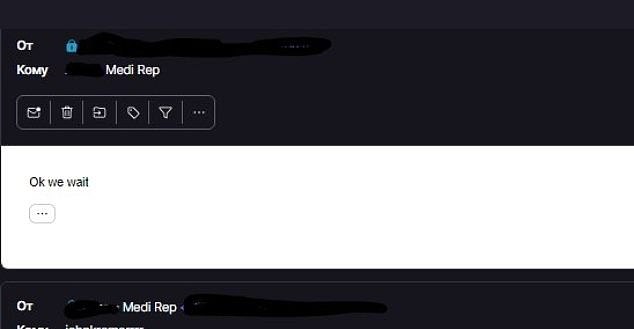 It comes as the hackers released screenshots of their contact with Medibank.

‘We want to talk with you, but need to be sure you’re the person who says they have our data.

‘Can you tell us all the addresses and phone numbers you sent messages to?’

According to the screenshots, Medibank later replied: ‘After considering all options, we have made a decision that we cannot pay your demand.

‘It is also Australian government policy that ransoms should not be paid. We understand the impact this may have.’ 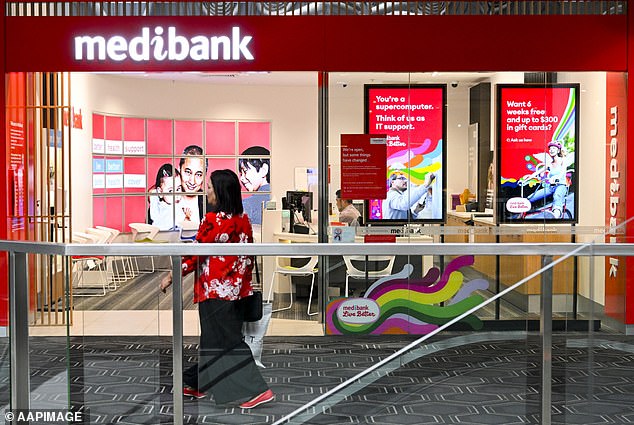 Medibank has confirmed details of almost 500,000 health claims have been stolen, along with personal information, after the group hacked into its system last month.

No credit card or banking details were accessed.

Mr Koczkar said the data release was disgraceful and malicious and could discourage people from seeking medical care.

Opposition cyber security spokesman James Paterson said anyone who is contacted by a person purporting to have access to their data should immediately report it to authorities.

Senator Paterson has proposed a ‘safe harbour’ provision – involving the nation’s cyber security agency, the Australian Signals Directorate, to give companies time in the immediate aftermath of an attack to respond to the crisis without worrying about legal and privacy ramifications. 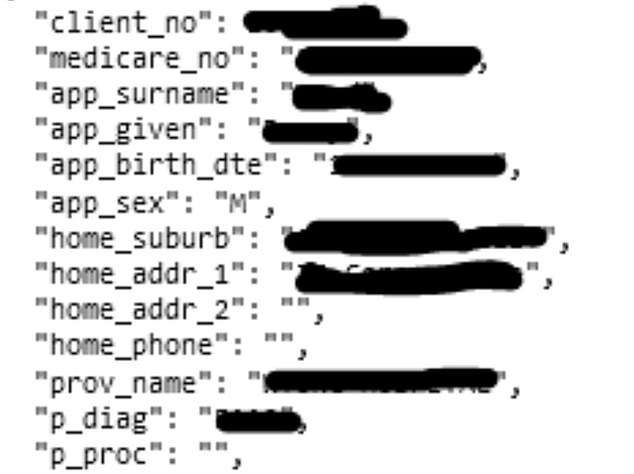 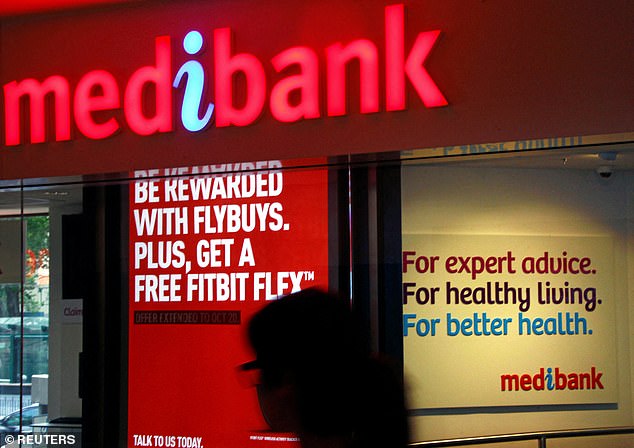 Hundreds of names, addresses, birthdates and Medicare details were being posted under ‘good-list’ and ‘naughty-list’ on a blog belonging to the group 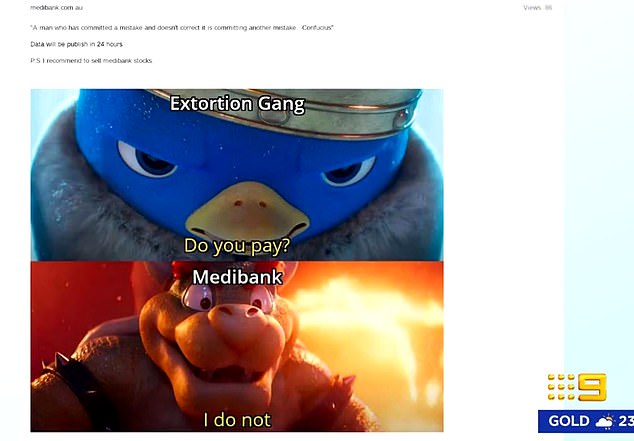 October 13: Medibank took the data and policy systems of its budget provider, AHM, and its international student division offline after a ‘cyber incident’

October 14: Medibank said it had restored its systems and said it was ‘still responding’ to the incident

October 19: The company disclosed to the Australian stock exchange that hackers had contacted it to ‘negotiate’ over 200 gigabytes of customer data stolen from Medibank’s systems

October 26: Medibank confirmed the hackers behind its ‘devastating’ data breach managed to access all of its customers’ private health records

October 27: It emerged that Medibank faced costs of up to $30million after it was revealed it had no insurance to protect itself from a cyber attack

November 8: The hackers threatened to expose the personal data of millions of Australians unless Medibank paid up within 24 hours. The company refused to pay, saying ‘you just can’t trust a criminal’

November 11: The hackers claim they have released more sensitive details of customers’ medical records, including one file titled Boozy.csv

November 11: Federal Police confirm a Russian hacking group is behind the Medibank cyberattack