A Mexican-Lebanese businessman is facing possible criminal charges after he set fire to a $10million Frida Kahlo sketch, ‘transformed to live eternally in the digital realm’, as part of a stunt to sell NFTs.

The Miami-based entrepreneur, who made his fortune in the early 1990s in the Dot Com boom, staged a splashy party at his home to celebrate the launch of Frida.NFT.

Amid models sashaying down an impromptu poolside catwalk, Mobarak, surrounded by heavily-armed security and dressed in a blazer with Kahlo’s face in sequins, ceremoniously removed the sketch from a gold frame.

He then placed it in a martini glass, and set it alight. 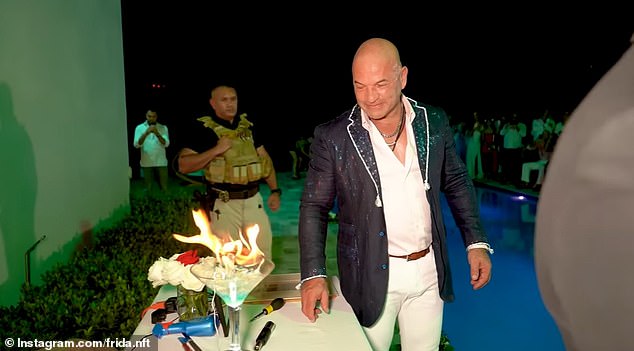 Martin Mobarak, a 57-year-old Mexican-Lebanese businessman, in July held a party at his Miami home where he burnt a Frida Kahlo sketch (pictured) in a martini glass 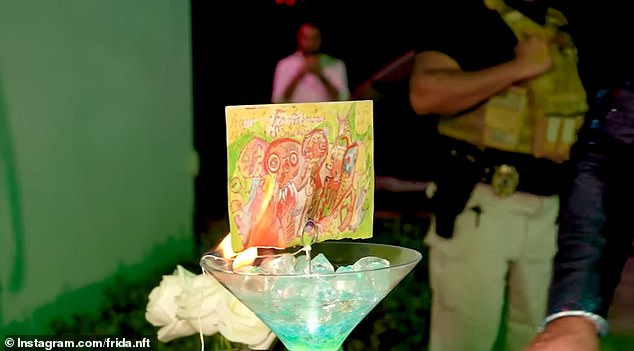 The sketch, made in 1944, is titled ‘Fantasmones Siniestros’, or ‘Massive Sinister Ghosts’ 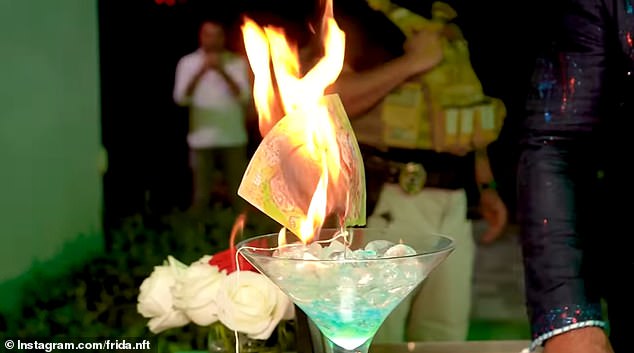 Mobarak is now facing potential criminal charges for the stunt

🔥Millionaire Martin Mobarak burned an untitled drawing by Mexican artist Frida Kahlo to turn it into 10,000 digital pieces to sell as NFTs.

💸The owner of the work, which reads “sinister ghosts” and is valued at $10 million. pic.twitter.com/gzHCWD3hA2

‘I had to do something drastic to get attention,’ he told The New York Times on Tuesday.

Mobarak, however, was jubilant, declaring: ‘Like a Phoenix rising from its ashes, this collection of 10,000 NFT’s represents the rebirth & immortality of a timeless piece.’

Yet art experts and the Mexican government were less amused.

On September 26, Mexican heritage authorities announced they had opened a criminal investigation into Mobarak’s actions, meaning he could face a decade-long prison sentence and a fine equivalent to the artwork’s cost.

Mexico’s National Institute of Fine Arts and Literature (INBAL) is looking into whether he committed a federal crime by destroying an original Kahlo artwork – or if he actually burned a fake.

Burning a fake would also land Mobarak in trouble, as he has been selling NFTs of the drawing insisting it was real.

‘If he did actually burn it, he is breaking one law,’ said Leila Amineddoleh, a lawyer who specializes in art and cultural heritage law. 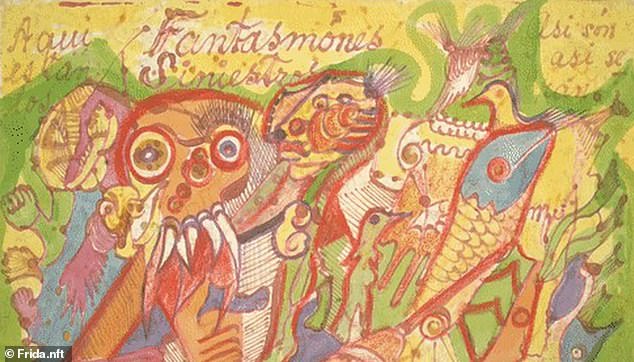 The sketch is a watercolor, with pencil, ink and crayon. It was valued at $10 million

‘And if he didn’t, if it was a reproduction, then he might have violated copyright law.

‘And if he copied the original with an intent to deceive, it could be fraud.’

Gregorio Luke, a former Mexican diplomat and a previous director of the Museum of Latin American Art in Long Beach, California, added: ‘I think this man should be put in jail.’

The real sketch was sold by Mary-Anne Martin, a renowned Latin American art dealer, in 2004 to a foundation and again in 2013 to a private collector.

Mobarak told The Miami Herald he bought the drawing from a private collector in 2015, and insists the one he burnt was real.

He said he was giving a portion of the proceeds from NFT sales back to charity.

‘If Frida Kahlo were alive today, I would bet my life that if I asked to burn a small piece of her diary to bring some smiles and better quality of life to children, then she would say: ‘Go ahead and do it. I’ll light the fire,” he claimed. 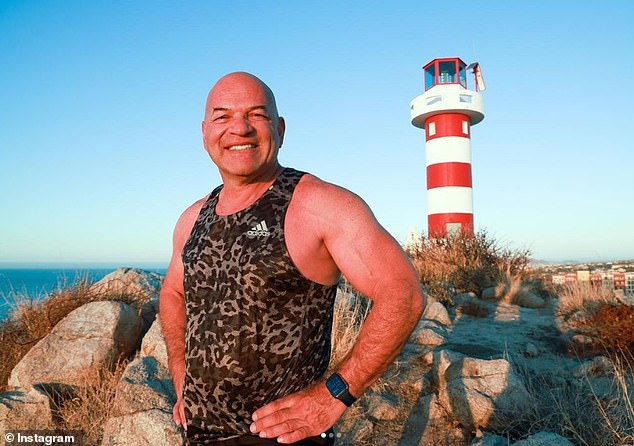 Mobarak made his money in the 1990s Dot Com boom, and now lives in Miami, working in Bitcoin and NFTs

Artworks by Kahlo, who died in 1954 aged 47, are considered to be national treasures.

INBAL officially designated Kahlo’s body of work as an ‘artistic monument’ in 1984.

‘In Mexico, the deliberate destruction of an artistic monument constitutes a crime in terms of the federal law on archaeological, artistic and historical monuments and zones,’ INBAL said in a statement.

The Frida Kahlo Museum in Coyoacan, a suburb of Mexico City, also condemned the stunt – pointing out that they own the rights to all works by Kahlo and her husband Diego Rivera, and had not given permission for an NFT to be made.

The trust that owns all her works frequently takes legal action against her likeness and artworks being used.

‘[The museum] disagrees with any intention of support to the museum generated from the alleged destruction of the cultural heritage of our country, as well as the existence of any ties with the collector and his activities,’ the museum said in a statement.

Mobarak, asked by The New York Times whether the burning was a mistake, was noncommittal.