British influencer Oli London, who transitioned to a Korean woman earlier this year, said he is now transitioning back to be a British man.

London, 32, who was embroiled in controversy after identifying as ‘transracial’ and undergoing multiple surgeries to look like a K-Pop star, laid the blame on American schools.

Speaking to Fox’s Tucker Carlson on Friday night, London, a newly converted Christian, admitted it was a mistake to identify as ‘transracial.’

‘I realize that was a big mistake and I just want to be a boy,’ London said, ‘but is it any wonder people like me and young people want to change their gender when we have normalization of this in our schools in this country.

‘Children are taught from a young age, from the age of five in some cases, that it’s okay to change their gender, it’s okay to wear a skirt, it’s okay for a boy to use the gender neutral toilet when it puts girls at risk,’ he added. 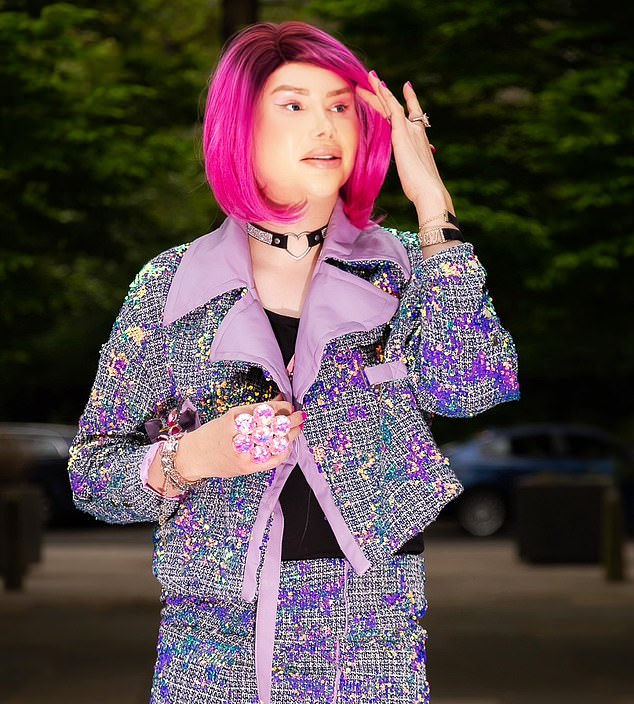 Oli London, who transitioned to a Korean woman earlier this year (above), said he is transitioning  back to a British man and blamed American schools for his gender dysphoria 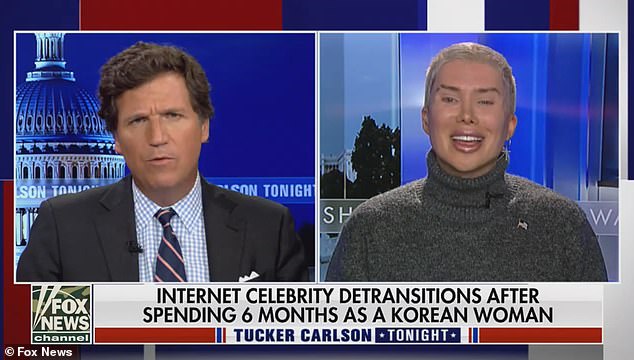 Speaking with Tucker Carlson, London said the American culture wars over gender have left people confused on the topic 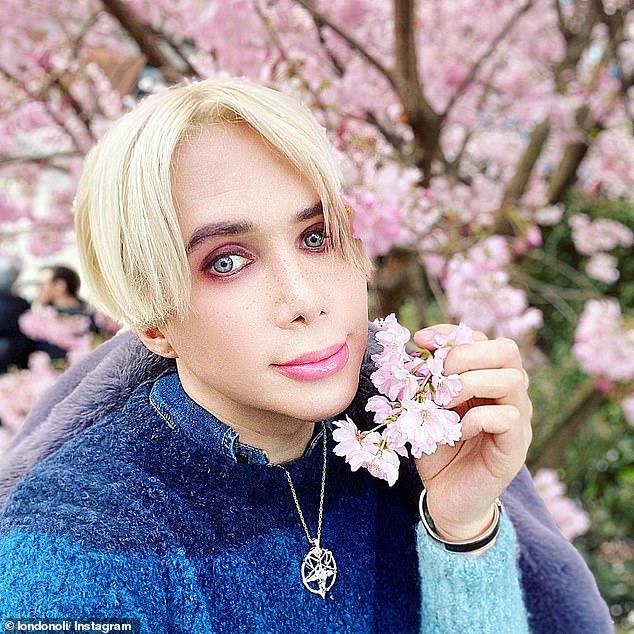 The British influencer sparked controversy after identifying as ‘transracial’ and spending more than $271,000 to look like Korean pop-stars 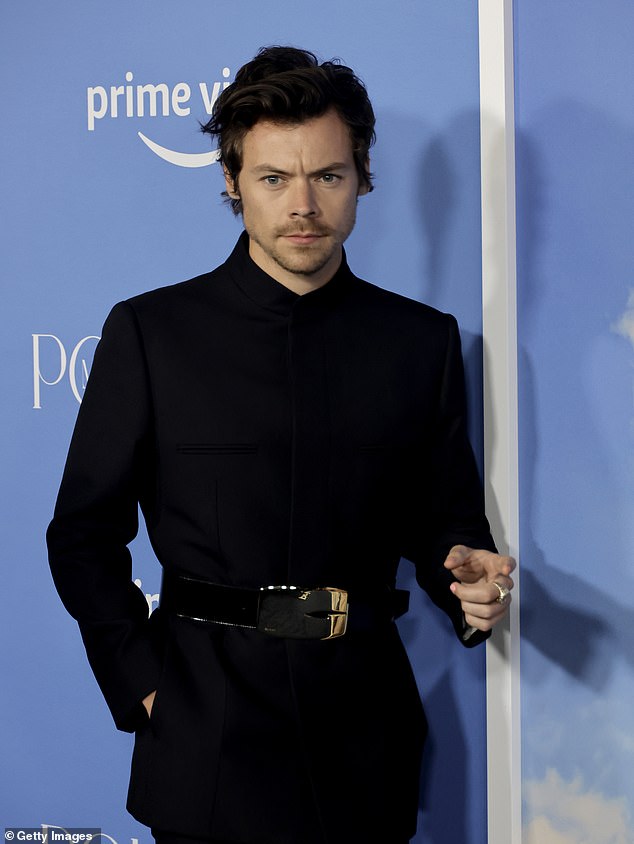 London, who hails from the British capital, first made headlines in October 2018 after news broke that he had spent more than $88,000 on 15 surgeries to look Korean, causing a massive backlash on social media.

Following the transition, London said he finally felt at peace after struggling with his identity for eight years, but he has done a complete U-Turn following his conversion to Christianity over the summer.

London has since laid the blame on the American culture wars over gender and schools, saying the ideals of masculinity have been ‘eroded’ in the nation.

‘This is the new norm and schools are teaching about toxic masculinity, they’re eroding the alpha male,’ London told Carlson. ‘The alpha straight male has been eroded.

‘What happened years ago when kids used to idolize Superman and astronauts. Now kids are being pushed by this radical ideology.

‘They’re taught to idolize weak men like Harry Styles. Weak men like Beto O’Rourke,’ he added, bringing up the Democrat who lost the race for Texas governor against Gregg Abbott. 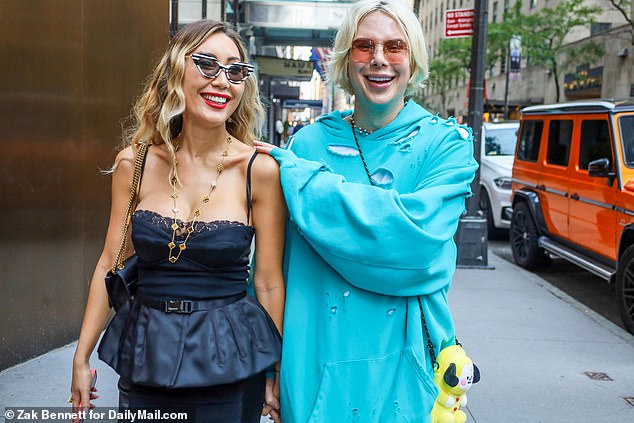 London (right, pictured with Aliia Roza) said he has long struggled with his gender identity, but found peace after converting to Christianity over the summer 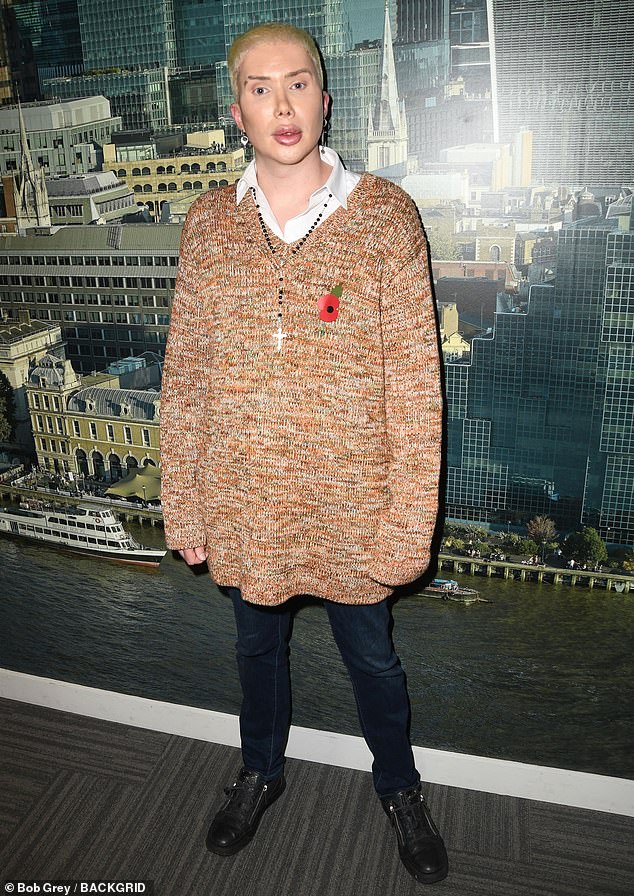 London underwent several surgeries to look like BTS vocalist Jimin. He said his obsession to ‘become Korean’ came after living in the country for a year in 2013 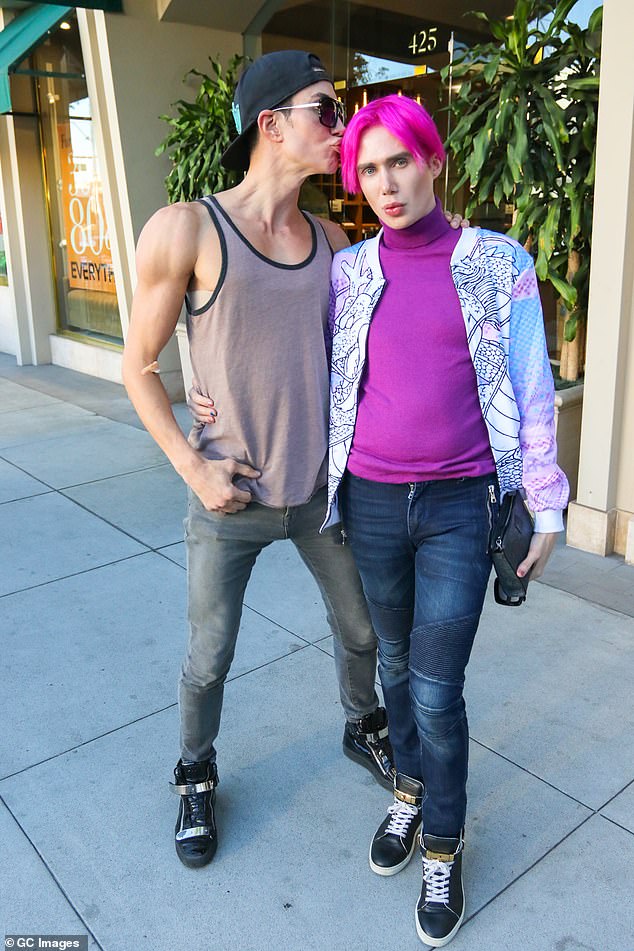 London then transitioned to a woman while still identifying as Korean. He is pictured with fellow influencer Justin Jedica in 2018, who has also undergone many cosmetic surgeries 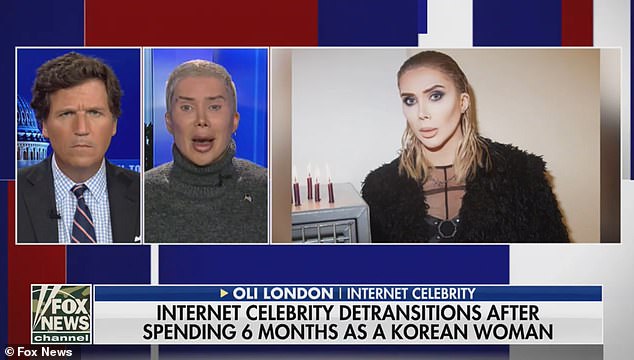 London told Carlson that it was a mistake to become a Korean woman. London’s criticism of gender transitioning comes following his conversion to Christianity

London has had a total of 30 surgeries, spending more than $271,000 over the last eight years.

Prior to his decision to become a British man, London told DailyMail.com that his look was based on Korean-New Zealand singer Rosé, who is a member of popular girl band Blackpink.

London said he began ‘identifying as Korean’ after living in South Korea for a year in 203 and falling in love with the culture.

As he stated that he wanted to be Korean, London received criticism that he was racist and that ‘transracial does not exist.’

Speaking with the Catholic News Agency last week, said he still didn’t feel right about his transition, which he said may have been fueled by the popularity of plastic surgery in South Korea.

London, a former atheist, said that after finding God, he is now able to accept who he really is.

‘This actually kind of saved my life. It’s brought me back to who I am as a person, finding God,’ London told CNA.

London is not the only person who has ‘de-transitioned’ that is speaking out against transgender surgeries. 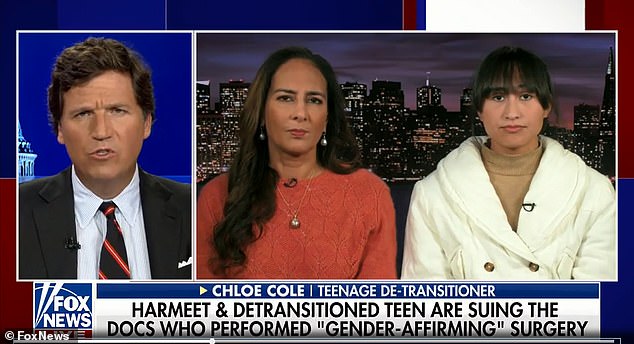 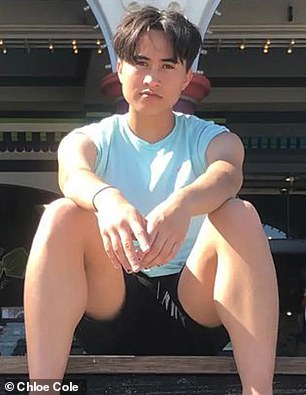 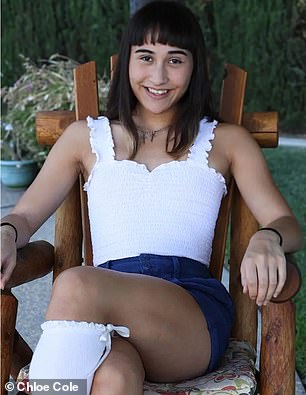 Cole ‘medically transitioned’ between the ages of 13 and 16, having her mastectomy surgeries at 15 in June 2020

Chloe Cole, a de-transitioned teenager who had a double mastectomy aged 15, told Carlson she is suing the surgeons who operated on her.

Cole launched legal action against the doctors to hold them ‘accountable’ for removing her breasts and pumping her full of puberty blockers.

The 18-year-old spoke about how she was ‘devastated’ by the operation and fears she will now never be able to bear children.

She transitioned to a male at age 13 after telling her parents she was ‘distressed’ with her gender and consulting medical professionals.

Cole, from Central Valley in California, had the life-changing surgery when she was just 15, before regretting it and de-transitioning a year later.

Now she said she was suing the doctors who performed on her and slammed them for letting a child make such an important decision.

She told Fox News’ Tucker Carlson: ‘They were concerned, and they wanted what was best for me.

But they weren’t really sure what to do with me, so they sought professional help and from then on, I was basically referred [to] in my gender identity without any questioning from any medical professionals, and they pushed transitioning as the way to treat gender dysphoria.’ 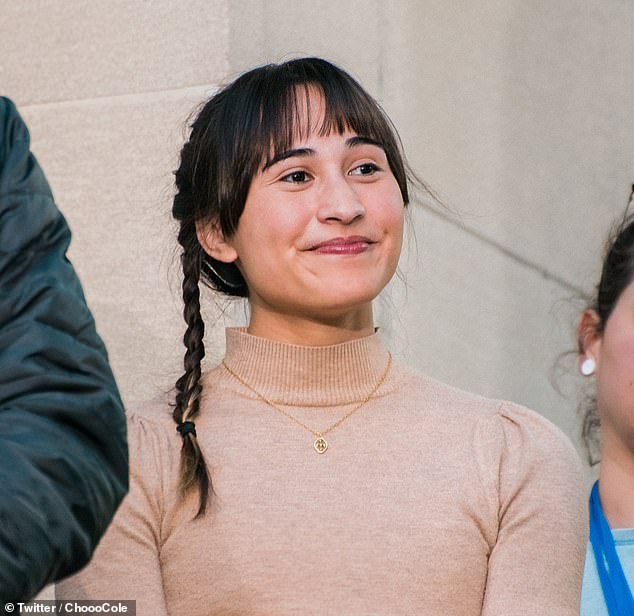 Chloe Cole, 18, who transitioned to male at 13 before later regretting her decision at 16, said she believes the acting president is ‘trying to advocate for further experimentation on children’ 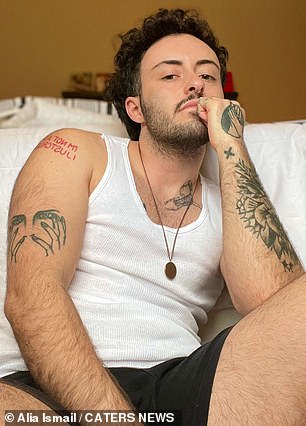 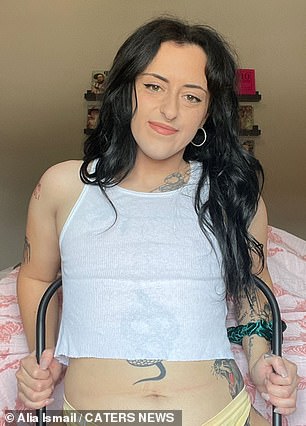 Alia Ismail, 27, pictured as both a male and a female

Along with Cole, several people who have undergone gender-transitional procedures are voicing regret for their choices, with many saying they feel they were influenced into making drastic choices without proper counseling.

Alia Ismail, a 27-year-old from Michigan, is detransitioning after becoming a male at just 18.

She legally changed her name to Issa in August 2015 and underwent a double mastectomy in February 2016.

But after realizing she wanted to de-transition, the 27-year-old stopped taking male hormones in February 2021 and is going by the name Alia again.

WHAT SURGERIES HAS OLI HAD?

Oli has spent more than  $271,000 on surgeries, Botox and fillers over the past eight years. He has had a total of 30 surgeries