London Tube passenger numbers have returned to their highest level since before the Covid-19 pandemic as workers return to the office and people head out for the weekend, new figures show.

The number of people travelling on the Underground has shot up to 90 per cent of what they were just before the pandemic in early 2020, according to Transport for London (TfL) data.

Commuters have seen a similar rise, with passenger numbers on weekdays up to 78 per cent of pre-pandemic levels – a huge rise from just 45 per cent at the start of this year.

The quietest day on the Tube is Monday when the number of people travelling is at 70 per cent.

Fridays are almost as quiet, but tourism, weekend visits to London and nights out see the Underground almost back to its pre-2020 capacity. 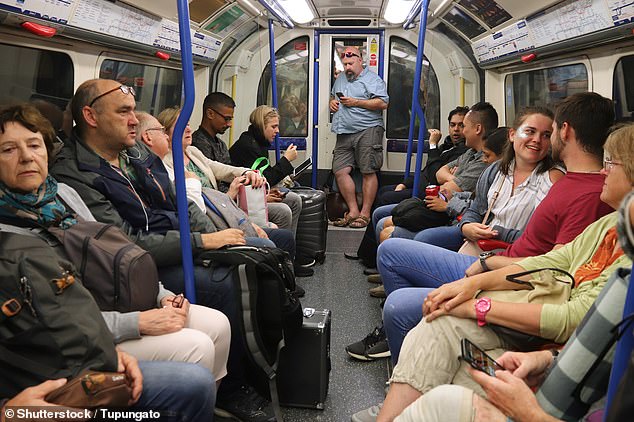 Passenger numbers on the London Tube have steadily increased, but are not yet fully back to pre-pandemic levels. Pictured: Commuters on a busy train in July 2019 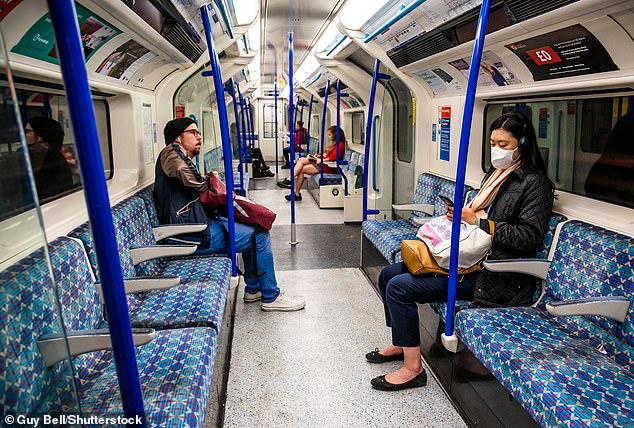 When the UK went into lockdown, most people had to work from home and avoid public areas. Pictured: The Tube almost empty at rush hour in April 2020

Part of the reason for this downturn is firms encouraging their staff to work from home on Fridays.

The number of railway passengers in London has almost completely returned to pre-pandemic levels at 99 per cent, according to Network Rail.

However, the group added its profits were only at 80 per cent due to fewer people buying first-class tickets.

According to data company Freespace, the rise in passenger numbers is driven by a return to offices – 75 per cent of which are now in use once again and a third are full at any given time on weekdays.

Freespace chief executive Raj Krishnamurthy told The Times: ‘Our data has shown a huge discrepancy in the growing number of people in offices between Tuesday and Thursday compared to the eerily quiet Fridays.’

He added: ‘[This] affirms the belief that people are using the office to meet and collaborate and [are] focusing on the more concentrated tasks at home. 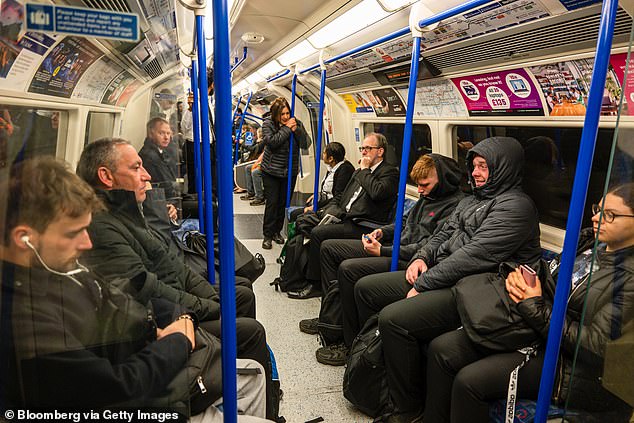 Passenger numbers are now almost back to what they were before the coronavirus pandemic. Pictured: A busy underground train in September this year 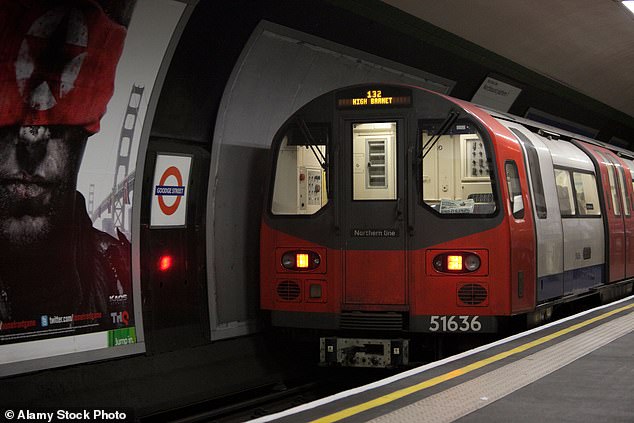 More people are using the Underground as they return to the office and head to the city on nights out. Pictured: A northern line train at Goodge Street

‘People have been given more flexibility in their work. In a world where video-conferencing and remote working has become normal, asynchronised operations have proven not just workable but, in many ways, successful.’

Nick Dent, director of customer operations on the Tube at TfL, said: ‘Ridership on our Tube, bus and rail services continues to recover.

‘Despite [this], there is still some way to go to bring our overall fare revenues back to levels seen pre-pandemic. Public transport is the backbone of our economic recovery and we remain focused on operating a safe, clean and reliable service for our customers.’

[ad_1] Requests for abortion medications provided through telemedicine surged in the wake of the Supreme Court decision that overturned Roe v….

[ad_1] Jana Pittman has purchased a $4million home in Sydney‘s Castle Hill after selling her property in Beecroft. The Olympian-turned-doctor settled…

[ad_1] It will come as little surprise to many parents — but having a boy really might be tougher work. Scientists…

[ad_1] FTX, the troubled cryptocurrency exchange, has filed for bankruptcy after a stunning financial implosion exposed concerns about its handling of…